Benje Patterson recently wrote a guest Top 10 post on interest.co.nz.  At the risk of sounding like a bore, his post dealt with the housing market.  But instead of lamenting high house prices, or crystal ball gazing for an appropriate time to enter (or exit) the market, his post focused on the personal finance implications of having so much money tied up in housing.

Links are in the headings.

A good starting point for understanding personal finance is considering the balance sheet of households, and what their obligations (i.e. liabilities) look like.  Recent work by Creditsimple.co.nz shows that the average under 55 Aucklander has over $500,000 on their mortgage, with those under 55 in Hamilton, Tauranga, Wellington and Christchurch all having mortgages of $300,000 to $400,000.  These are big numbers and the situation is even grimmer when you consider how much of one’s lifetime income buying a house now soaks up.  Infometrics Chief Forecaster, Gareth Kieran, sums things up pretty well in an interview with Fairfax’s Susan Edmunds:

“Kiernan said someone on the average income who bought an average house in 1974 would have paid 3.61 years' worth of their 1974-level income in mortgage payments over 25 years, and have been left with an asset worth 3.76 years' of income once the mortgage was paid off in 1999. 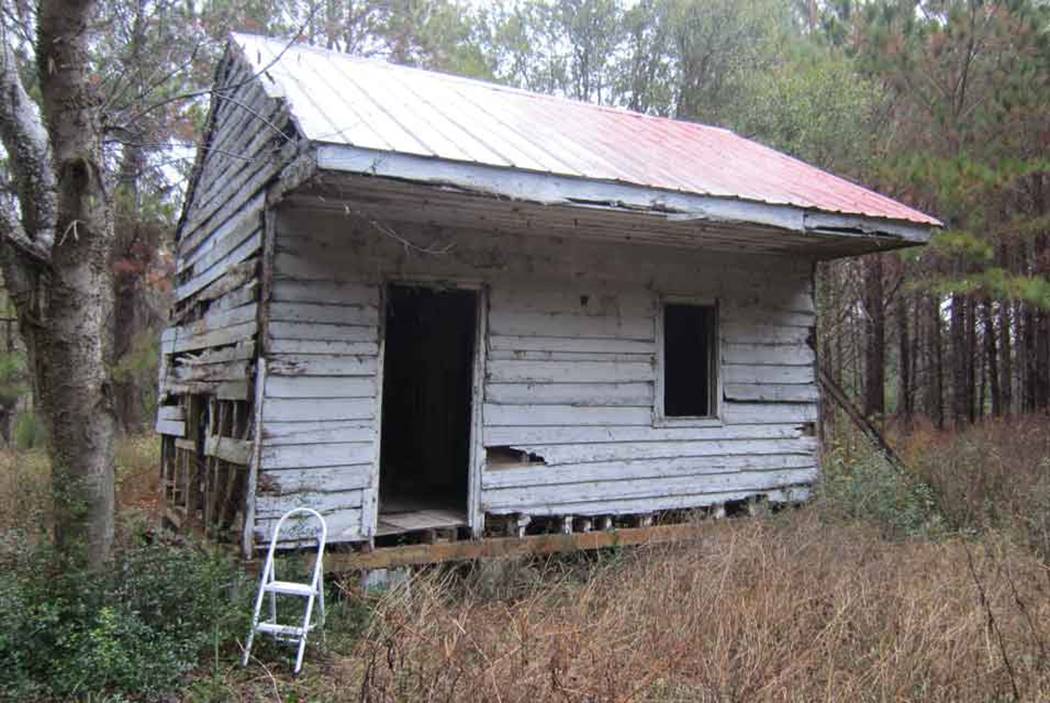 A few weeks back I attended a talk by financial advisor Martin Hawes on personal finance and retirement.  Martin is one of New Zealand’s leading authorities on personal finance and is a staunch advocate of the 4% rule for drawing down capital in retirement.  The rule essentially says that you can spend 4% of what you have each year in retirement and your money will last as long as you do.  But a key issue with having so much of New Zealanders’ wealth tied up in their homes is that any potential declines would reduce the amount of loot that Baby Boomers have to spend in retirement. Even a 10% decline in Auckland house prices (which is within the realms of some forecasts) would reduce retirees’ capacity to spend by about $100 per week using the 4% rule!

“This is a rule of thumb that says that when you to start to use your investments for income in retirement, you can draw and spend 4 per cent of the capital in the first year of retirement and continue to draw that amount in real (inflation adjusted) terms for the following thirty years. 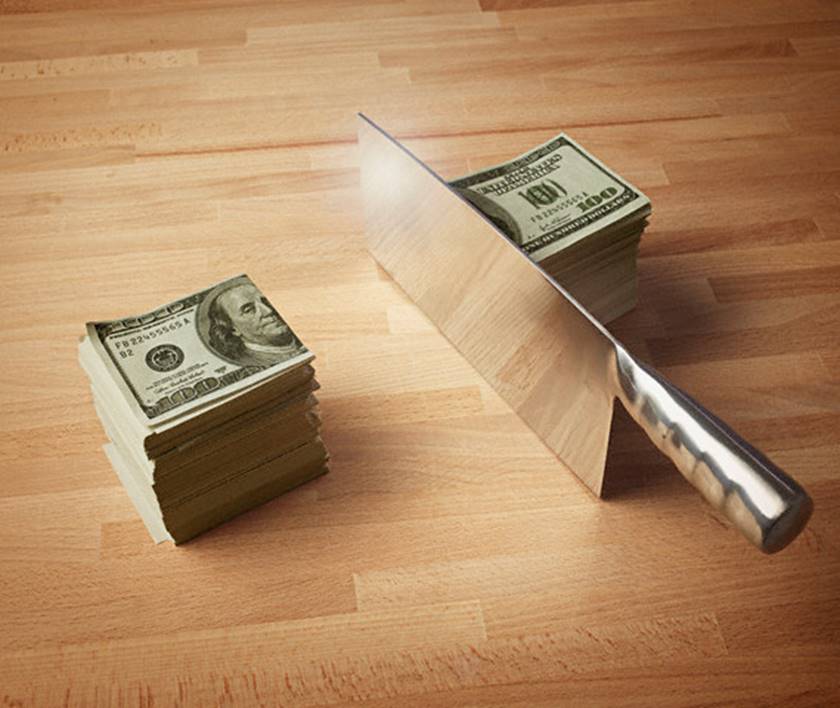 3.         Rising mortgage rates make getting ahead even harder

The wife and I are currently building our first home and so mortgage rates have been on my mind a little more than usual recently (that’s saying a lot for an economist!).  Back when our build was due to get underway in the final few months of 2016, I could have locked in tranches of our loan for 4-5 years at less than 5%, but now I am staring down the barrel of 4-5 year fixed rates that are around 75 basis points higher.  Bloody builders being so busy that we were delayed! That might not sound like a lot, but it is equivalent to 15% higher interest rate expenses! Taking on floating mortgages or shorter-term fixed rates could save some money, but even those are on the way up:

“Whether it is worth fixing for longer may depend on where you think interest rates will go.

Mundy said the official cash rate was likely to stay on hold until late next year and short-term fixed rates were unlikely to drop any further this year. Extra costs the banks were facing in getting funding could mean some modest pressure on short-term rates to rise, she said.

Over the longer terms, increases were likely to be more pronounced.” 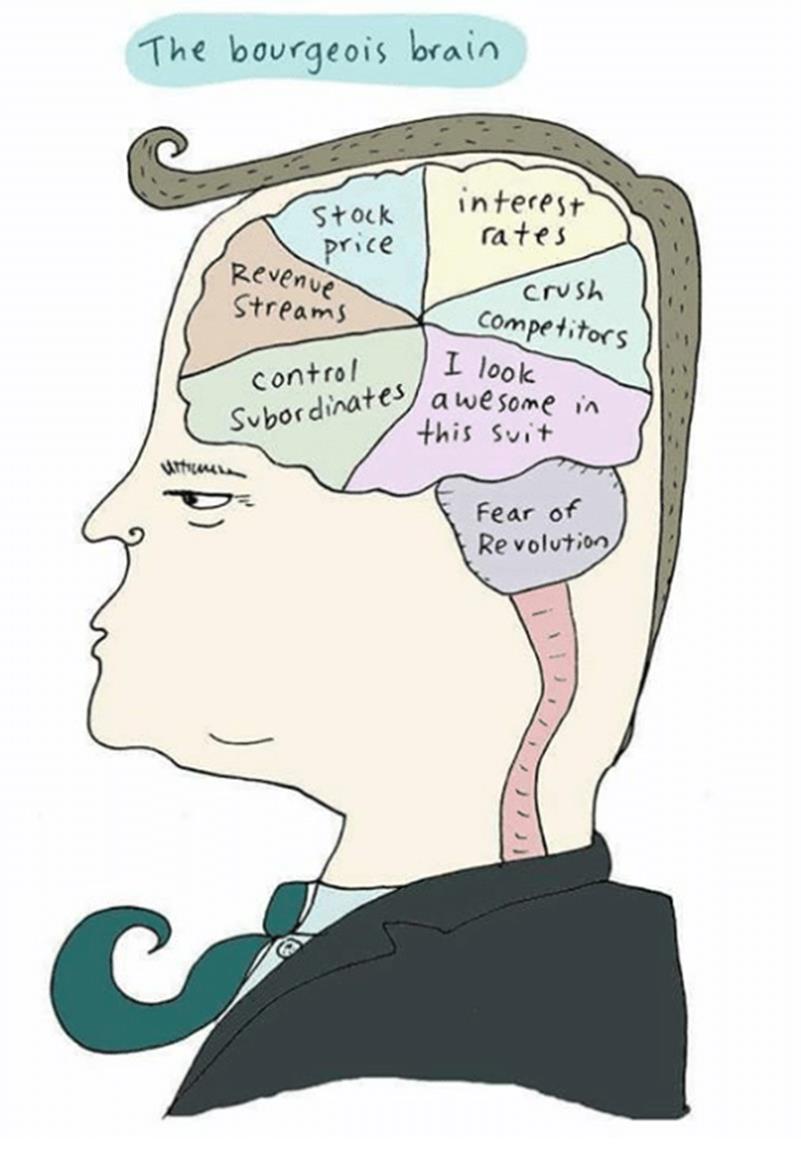 The cost of higher interest rates will be borne most heavily by first-home buyers.  Those making their first forays into home ownership are more vulnerable to changes in mortgage rates because they typically have to finance a larger proportion of their purchase.  The RBNZ worried about these vulnerabilities in its most recent Financial Stability Report: 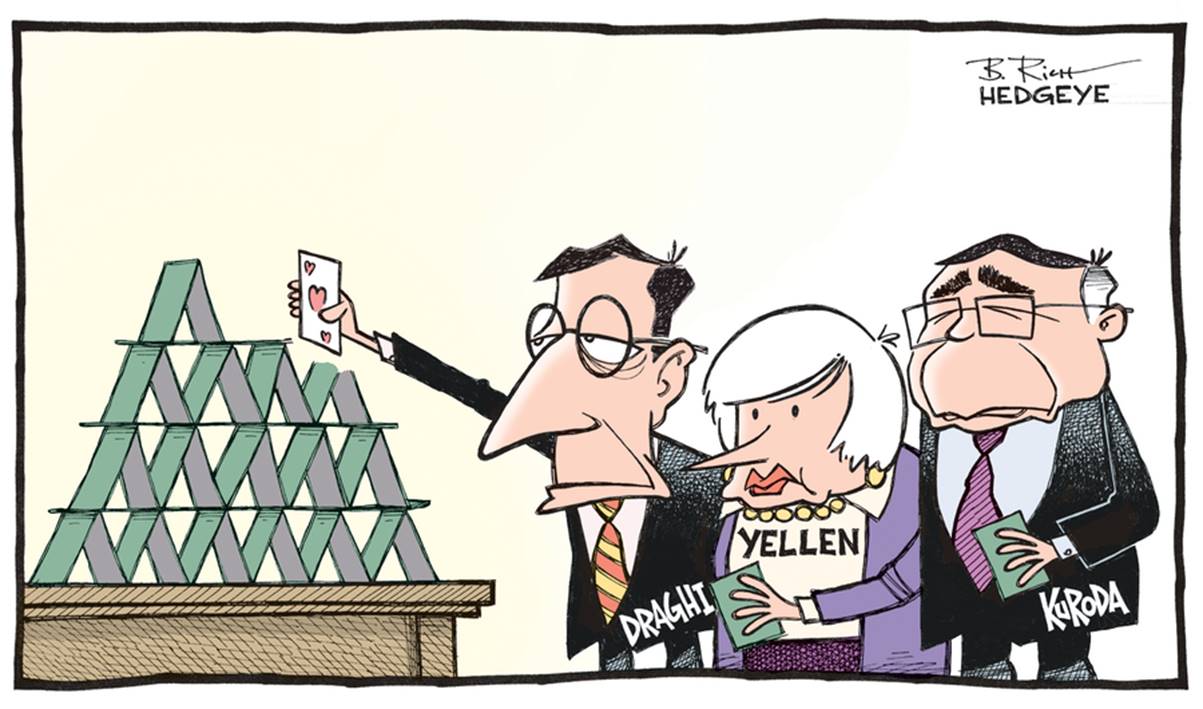 The fastest path to improved personal wealth for many is not to ask your boss for a raise – instead your best option is to re-evaluate your spending patterns.  I am not about to open smashed avocado-gate here, but I do want to take a message from that train of thought. The message being that if your life is stripped back to fewer moving parts, and you crave simplicity, then you can juice up your savings budget and accumulate wealth more quickly.  Richard Meadows may take things to the extreme and sit further down the continuum on this front than many are comfortable with, but his message is on the money:

“Changing money habits takes some elbow grease at first, but once they’re locked in it’s all gravy. The bigger challenge might be dealing with the expectations of other people.

It’s tough to explain to your mates that you don’t want to do Expensive Thing XYZ – not because you’re a fun-hating scrooge, but because you have different goals and priorities to them.

Those who are most judgemental are usually the same alleged “adults” who are constantly broke and borrowing money from their mums, despite earning good salaries and having no responsibilities.

Life is all about trade-offs. Frugal people choose to accept fewer possessions and luxuries in exchange for more freedom and time.” 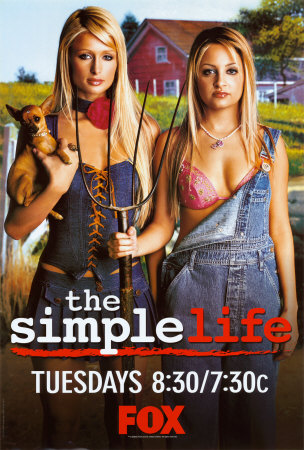 Part and parcel of craving simplicity to get ahead with your personal finances is not falling into the trap of copying what your mates are doing.  Keeping up with the Joneses is a sure-fire way to make dumb spending decisions that come back to bite you in the bum.  Social media doesn’t help people with those temptations and Millennials are most at risk of being influenced to purchase based on what they see their mates enjoying via social media. A 2015 study by Deloitte showed that: 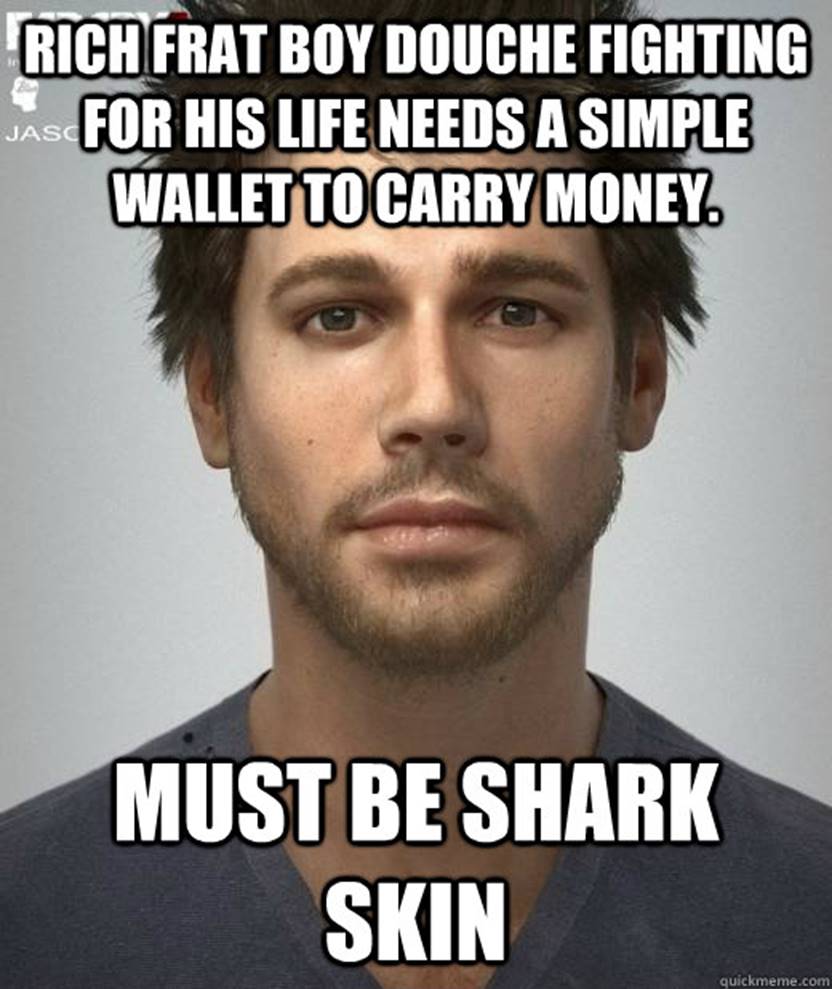 7.       Buying used is better for your wallet and the environment

Being of Scottish lineage, I have always had an eye for a bargain and am a keen advocate for buying second-hand.  Not only is buying something pre-loved better for your wallet, it also can help reduce the impact we are having on the environment.  Until recently my purchases would all come from Trade Me auctions or visits to second-hand stores, but I have recently cottoned on to the large number of locally-based trading groups on Facebook. Most towns have them – for example, Queenstown Trading’s closed group has 26,700 odd members in an area with fewer permanent residents.  This reach has even afforded the owners of the group the opportunity to also sell advertising spots:

“Queenstown Trading continues to grow steadily by a 500 members a month minimum. It is the only community focused advertising space in which its consumers are linked in personally as members. This allows a focused audience of locals to view items posts and advertise specific and visually to the Queenstown region.” 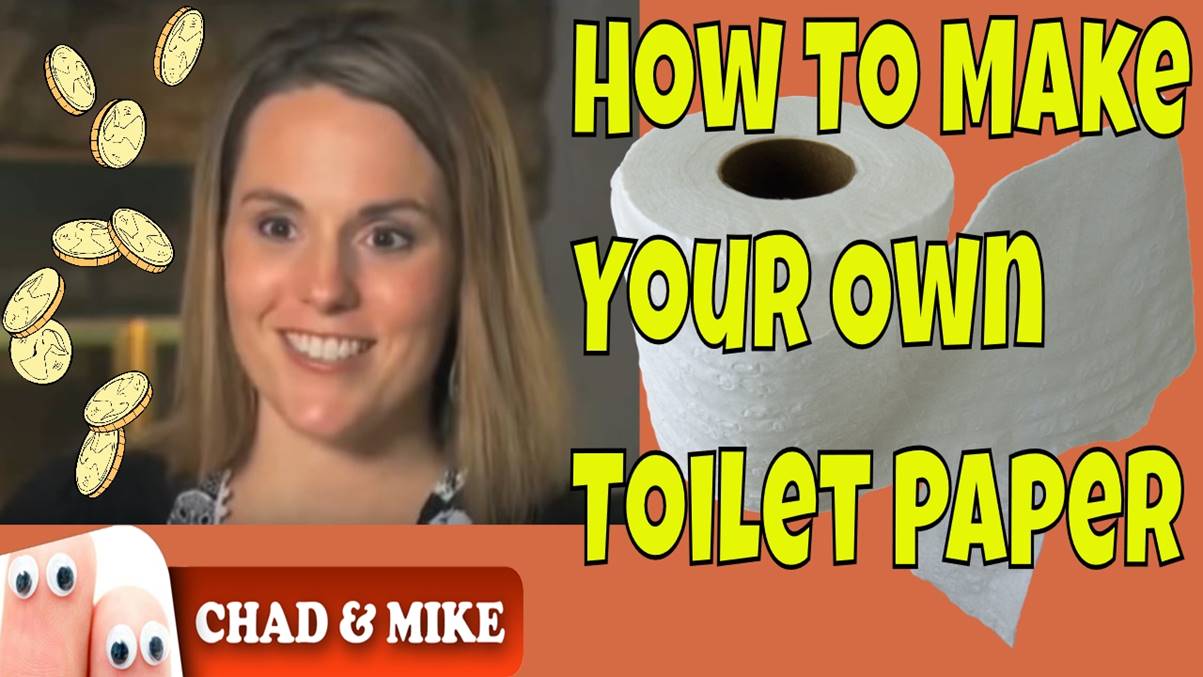 8.       Generate income from your existing assets

A home is the biggest asset that most New Zealanders own and, typically, they don’t earn a dime from it.  From a personal finance perspective, this seems like a lot of dead capital that could be put to better use.  But thankfully, the sharing economy has arrived and could help you earn a quick buck.  Private accommodation provision through Airbnb (or other providers) is also an efficient way for New Zealand to help manage peak load in the tourism sector.

“Solely putting focus on constructing hotels is not necessarily the most efficient way to accommodate visitors. After all, hotels are an extremely capital intensive investment, and apart from peak summer months, have relatively low occupancy the rest of the year.

Private accommodation, on the other hand, makes use of an accommodation resource that is already there, but is simply underutilised. By matching this underutilised housing, with paying guests, P2P accommodation providers are allowing New Zealand to leverage up its housing return and more efficiently make use of capital.” A few years ago, I penned an article for the Dominion Post lamenting the lack of proper financial literacy requirements in the New Zealand Curriculum.  Rather divisively I argued that a lack of financial education was a contributor to some people losing all their savings following the widespread collapse of New Zealand finance companies.

“When finance companies began collapsing, many everyday New Zealanders were burnt. Even though these companies were only paying a per cent or two more than a bank deposit, many investors were seduced by slick marketing and their own greed into investing in highly risky products which they knew little about.

This lack of knowledge stemmed from both investor naivety and the dearth of easily digestible information about the investment products.

In retrospect, it was a bad decision to invest in any of these finance companies. However, one poor investment decision should not ruin an investor. If an investor had properly diversified their portfolio across different asset classes and sectors, the collapse of the finance company sector would have been a temporary blow, rather than a king hit.” At the risk of getting a bit clichéd, it is important to put the challenges I have raised in this Top 10 into perspective. There are many people who struggle in New Zealand and policy settings must continue striving to improve the fortunes of all New Zealanders, but at the end of the day we are generally a bloody lucky bunch of people. And that’s not just me saying it. The Legatum Institute has found, across a panel of indicators, that New Zealand is the most prosperous country in the world:

“New Zealand has ranked first in the Prosperity Index for six of the last ten years. Bar a small prosperity drop as a result of the 2008 global financial crisis and the immediate impact of the Canterbury Earthquakes, New Zealand’s prosperity has been on an upward trend, particularly since 2012.

This rise has been driven by concerted efforts by policymakers, especially in economic and health policy. New Zealand’s Business Environment performance has seen it rise nine ranks to 2nd, and in Health it has risen eight ranks to 12th.