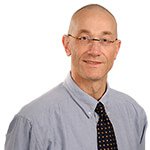 Dirk grew up in the Netherlands and received a Master’s degree in economics from the University of Groningen. He started his career in South Africa working as a research assistant at Stellenbosch University, followed by a 10-year stint at the Development Bank of Southern Africa and subsequently as an independent consultant. Upon his family’s arrival in New Zealand, he spent 6 years at the Department of Labour as a principal information analyst but has resumed independent consulting over the last decade. These roles led him into the areas of regional economic impact analysis, international trade analysis, input-output/social accounting matrix and computable general equilibrium modelling.

Being a part-timer at Infometrics offers Dirk the opportunity to continue his work in Southern Africa where he is member of a team at Pretoria-based Trade & Industrial Policy Strategies (TIPS) which facilitates policy development and dialogue in pursuit of sustainable and equitable growth in Southern Africa. Dirk is involved in capacity building and modelling projects in various Southern African as well as South-East Asian countries. This work ranges from developing a social accounting matrix for a typical township in South Africa to green growth strategies in Vietnam, mostly on behalf of local governments and donor funding agencies such as the World Bank and other UN related organisations.