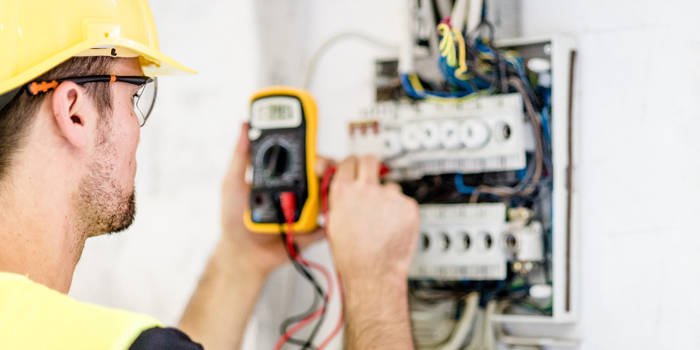 Getting regional facilities and services right

Wellington City Council has recently approved the construction of a 1,200-seat convention centre in Wellington, which the Council will lease on a long-term basis from the developer at a cost of $4m per year.  The aspect of this deal that has unsettled residents and ratepayers is the projection that revenue from the convention centre is only expected to average $2m per year, leaving a $2m shortfall.  The fact that the Council is embarking on this project knowing, ahead of time, that it will be a loss-making venture, provides an obvious reason as to why we haven’t seen private sector investment in this space in the past, and has led some people to question the business acumen of the Council.

The argument from the Council has been that the $2m annual cost to ratepayers will be offset by the creation of 200 new jobs and $29m more spending in the city per year.  I haven’t examined the calculations and assumptions around these numbers in detail but, on this basis, the benefits that are not directly captured in Council revenues of attracting more conferences to Wellington would be considerable.  A nominal annual cost of about $10/yr per Wellington City resident for the convention centre, given the contribution of the facility to the Wellington economy, would seem to be worthwhile.

But as anyone with a passing interest in cost-benefit analysis knows, these calculations need to be based on a raft of assumptions about the future economic environment, both with and without the proposed event or development.  And it’s not only the Wellington City Council looking at developing a convention centre at the moment – we’ve also got the National Convention Centre in Auckland and replacement of Christchurch’s convention centre going ahead, along with two significant proposals currently on the table for Queenstown.  The risk that the Wellington facility is unable to meet its revenue projections must be considerable given the competition for hosting events that these other venues are likely to provide.

Convention centres may be the latest example of local government rushing in where the private sector fears to tread, but there are others in relatively recent history.  Stadium building is a particularly galling example for many Dunedin residents, with Forsyth Barr Stadium failing to meet its revenue projections, leaving the City Council saddled with an enormous amount of debt.  And you can tune into Radio Sport and hear the likes of Mark Watson still bleating about how we should have built a national stadium on Auckland’s waterfront ahead of the 2011 Rugby World Cup – despite the fact that an 80,000-seat stadium would probably only be filled twice a year for All Black tests and would fall well short of covering its costs.

Another example of council-related overinvestment is in airports.  The advent of budget airlines in the 1990s saw a number of regional airports opened up to international flights, including Hamilton, Palmerston North, and Dunedin.  Runways were lengthened, with further extensions planned, and other airports such as Invercargill and Rotorua also dreamt of jumping on the bandwagon.  But the changing aviation landscape, with consolidation of routes and destinations, and a blurring of the lines between budget airlines and more traditional carriers such as Air NZ, now seemingly leaves little scope for a larger number of international airports in this country.  The recently announced abandonment of international flights out of Rotorua, which had effectively been subsidised by the Council over the last four years, is the latest example of investment in larger airport facilities that are now set to be underutilised for the foreseeable future.  Having said that, the current Council in Rotorua should at least be applauded for having the courage to withdraw their financial support for the flights and avoid pouring more ratepayers’ money down the drain.

Even at Wellington Airport, with the private sector discipline imposed by needing to generate returns for shareholders, the rationale for extending the runway must be questionable – as evidenced by Infratil’s request for a substantial injection of public money for the proposal.  From Wellington’s point of view, opening up the airport to be able to take longer-haul flights from Asia would surely be a positive for business and tourism in the region.  But from a nationwide perspective, the move runs the risk of largely achieving its growth through cannibalising passenger numbers from Auckland and Christchurch.  The net benefit to New Zealand as a whole from the investment is likely to be relatively modest, at best.

Education is another area where there is arguably too much competition or too many providers.  In terms of universities, there is some degree of specialisation in subjects such as engineering, but whether law or commerce should be offered so widely is questionable.  The competition among institutions often leads to a devolution of resources, a lack of efficiency in service provision, and possibly inferior outcomes in terms of the qualifications that are ultimately provided.  Within the last week, the Tertiary Education Commission has also pointed out the need for a rationalisation of smaller regional education providers, indicating that greater centralisation of tertiary education is necessary to create increased efficiency and improve the viability of the system.

Health services are similar.  Strong competition between district health boards to maintain their capabilities and service levels leads to undue resources being poured into lobbying and administration, sucking up time and funds that would be better used for delivering more operations.

Let’s be realistic.  In its entirety, New Zealand is not much bigger than either Melbourne or Sydney.  Given our relatively small size, it would seem sensible that we work together as a country to maximise our business opportunities rather than overinvesting in infrastructure and then competing internally to try and generate a half-reasonable return on that investment.  Within regions, there have been occasional instances of collaboration, but often it seems that there is an element of competition between regions and everybody wants to have their own piece of the pie.  This drive is often borne out of local authorities’ inability to “right-size” civic and infrastructure facilities in their region, believing the Field of Dreams mantra that “if you build it, they will come.”

There can be a valid economic argument for public investment in facilities where externality benefits to the community can justify that benefit.  But too often there is a bias in calculations indicating a positive outcome, with wishful thinking rather than robust economic calculations underpinning the analysis.  Properly assessing areas of uncertainty, and the probabilities and likely costs associated with those scenarios, is important to understand the ramifications that unfavourable outcomes may have on public investment two or five years down the track.  Good information about the range of possible outcomes should help officials decide whether the risk of going ahead with a project is actually worth taking.

The link between the availability of funds and the necessary returns on those funds is weak across government institutions, whether it be local councils, tertiary institutions, or the health system.  What starts under the guise of economic development and public sector money stepping in where the private sector is too gun-shy to realise the “massive benefits” on offer can end up being the construction of expensive monuments to grandeur.

An argument for less competition across these social infrastructure areas should not be mistaken as simply a call for greater centralisation and a further reduction of facilities in regions outside the main centres.  Rather, the argument is for a greater degree of specialisation in the services and facilities that are offered.  Looking at education, a place remains for niche courses offered in regional towns based around sectors and industries that are important to those regions.  The process of rationalisation may result in a smaller number of education providers overall, but does not necessarily need to be at the expense of the geographic spread of service provision.

Returning to our original example of convention centres, even in this area there is potential for a number of facilities to happily coexist.  A 3,500-delegate facility in Auckland would obviously target the largest events, and could be primarily focused on attracting people from longer-haul destinations.  In contrast, a smaller facility in Queenstown would be perfectly placed to focus on the Australian market given the growth in Trans-Tasman traffic through the town’s airport in recent years.  Wellington’s obvious area of strength is public sector and government-related events, while Christchurch’s air links to parts of Asia suggest that its primary focus should be on those markets.

Getting disparate interests to recognise the need for cooperation is easier said than done.  At most, local councils feel an obligation to their region and ratepayers, which does not generally extend to the nationwide economy.  Private sector companies are only accountable to their shareholders and will have no qualms about expanding at the expense of their competitors.  Central government is more likely to be able to facilitate coordination between health providers or education providers, but even in those areas, there is a certain amount of institutional “patch protecting” that occurs.

Nevertheless, at least where public sector money is involved, a greater degree of cooperation is important.  If an economic case can be made for the use of taxpayers’ and ratepayers’ money for the provision of civic or social facilities, it needs to be ensured that:

If either of these conditions is not met, then the project should not go ahead.