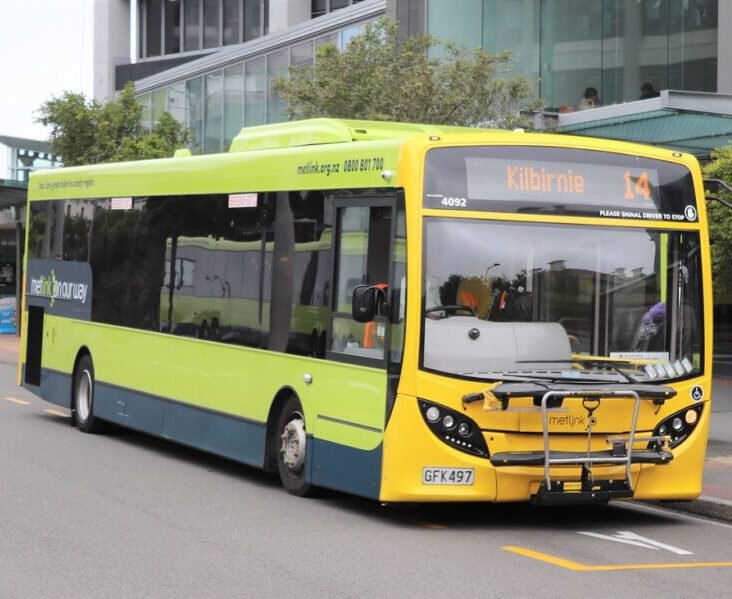 Around 75% of New Zealand electricity is generated from renewable energy sources (hydro, geothermal, wind), and the government is aiming to lift that ratio to 90% by 2025.

Well, this target should help us meet our greenhouse gas emissions target, something the government is under pressure to settle on in the run up to the Paris Climate Change Conference in December. But even so, the real gains for climate change and our economy may well be using this additional renewable electricity to transform public and private transport as we know it.

A high proportion of renewable electricity electrifying our vehicle fleet would provide some quick and significant gains in terms of emissions. It could also spur development of existing New Zealand expertise in technologies central to the evolution of electric vehicles (EV). A push to EVs, in combination with car sharing and driverless cars, has the potential to reshape public and private transport, with significant consequences for vehicle manufacturers, real estate and the fossil fuel industry. Let’s look at some of these issues.

New Zealand public transport is overwhelmingly bus-based – 80% of all public transport journeys in 2013/14 were by bus. The vast majority of those buses will be conventionally powered by fossil fuel. Wellington is the only major city that runs electric buses (60 of them) but they are due to be phased out in 2017 and eventually Wellington’s yellow bus fleet will all be hybrid diesel-electric.

Buses travel along well-defined routes and increasingly have dedicated bus lanes, and of course many specific stopping places. The rapid development of battery and wireless charging technology opens up significant opportunities to revolutionise our public transport fleet.

Interesting New Zealand already has world-leading expertise in wireless charging technology. The University of Auckland is recognised around the world for its research and application of induction power technology and has established a number of commercial ventures with leading US, European and Asian companies. It would seem possible and sensible to establish a partnership in New Zealand to develop a new generation of electric bus technology around the University’s expertise and our country’s clean electricity.  It may even be able to attract leading battery technology. If it sounds far-fetched, think of what Team New Zealand has managed to do over the past three decades in getting to, and staying at, the leading edge of world sailing technologies.

The trend toward all-electric cars is well underway around the developed world. The major car manufacturers are investing heavily in electric technology, and the infrastructure to support it is also being put in place.

Our transport minister, Simon Bridges, seems enthusiastic about the possibilities, saying in May that he “believed this country could lead the way when it came to embracing electric vehicle, or EV, technology” and that he wants to promote New Zealand as a test market for intelligent transport systems including electric and driverless vehicles (we’ll come to these shortly). Certainly New Zealand’s small size and remoteness, as well as our high level of car ownership and long-standing enthusiasm for cars, makes us an appealing place to test and develop new transport systems. However, the government’s commitment to only exempt EV’s from road user charges until 2020 at this stage suggests their enthusiasm for this emerging technology is still a little superficial.

While electric vehicles are currently range-challenged, the vast majority of car journeys are relatively short – around town trips of less than 100kms, well within the range of electric cars now available. They also take a while to refuel, although battery swapping is a solution and repowering technology is improving. However, the smartest solution may be to have ubiquitous recharging while cars are parked – the average car is parked 95% of the time!

The cost per kilometre is much lower for an electric car than a fossil fuelled car – in New Zealand ECCA estimates that fuel for an EV costs the equivalent of 26c/litre, and currently 75% of that fuel is renewable. By shifting to EV’s New Zealand could reduce the cost of transport as well as its greenhouse gas emissions.

As noted above cars spend the vast majority of their lives going nowhere. That’s mainly because we want the freedom to travel from A to B at a time that suits us, not according to a bus or train timetable. Furthermore, people can get very possessive about their cars. But a new mode of transport is emerging which offers many of the best features of both public and private transport.

Car sharing whether via Uber, or pick up and drop off cars that you drive yourself are now becoming more common in major cities. And then there’s the promise of driverless cars that offer a personal service with the convenience of being able to read your emails or text on the way to work.

These developments spell trouble for car sales as people are persuaded to forego that little extra freedom of owning a car (the second biggest gobbler of household income after a house), for a much cheaper mode of transport that in some ways is more convenient.

Fewer cars would mean fewer or smaller garages, fewer car parking buildings taking up valuable real estate in the middle of cities, not to mention a reduction in congestion and less investment required in new roads and motorways. Moreover, with fewer cars parked along city streets there’s more scope for putting in safe cycle lanes, further reducing the need for cars and lowering emissions yet further.

The game change is not confined to cars, public transport and real estate. The combination of fewer vehicles and a higher proportion running on renewable electricity means a substantial drop in demand for fossil fuels. Phasing out fossil fuels by the end of this century no longer seems fanciful.

there’s a strong case for New Zealand to actively pursue EVs, driverless cars and car sharing. The latter could be especially useful in unclogging Auckland and reducing our spending on motorways.