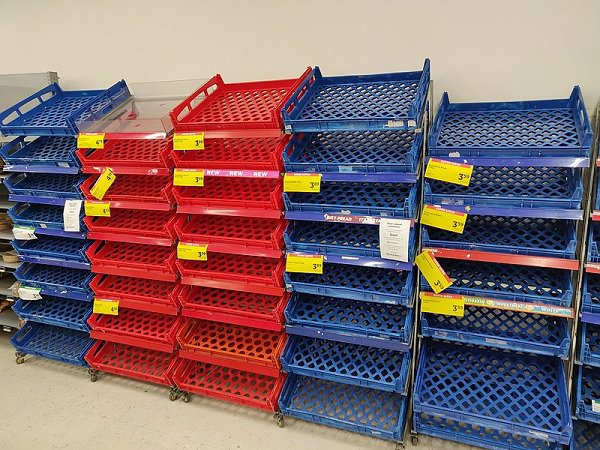 New Zealand remains at Alert Level 4 as we work to stamp out the COVID-19 Delta variant from the community. Level 4 is a tough blow to the economy, and the immediate impacts are becoming clear. But New Zealand’s economy has shown itself to be resilient in the face of COVID-19, and we expect a similar bounce-back in activity to what we saw last year once Alert Level restrictions are eased. A week into Lockdown 2.0, we highlight how the economy has responded, and what might be next for activity.

New Zealand’s economy remains strong and resilient, and government, businesses, and workers are prepared for the disruptions to ordinary life that COVID-19 continues to throw at us.

We are confident that the New Zealand economy can weather this setback. Previous challenges have shown the economy is able to bounce back swiftly from any changes to restrictions or other COVID-19 obstructions. Treasury’s refreshed estimates point towards Alert Level 4 reducing economic activity by 26%, reducing nominal GDP by $1.45b per week. Over time, Treasury’s estimated economic hit from higher Alert Levels has been revised lower (see Chart 1), with a 40% blow originally expected at Alert Level 4.

A 26% loss in economic output is still considerable. But as the New Zealand economy has shown, this loss in activity, effectively due to supply restrictions at Level 4, can be regained as delayed spending surges as the country moves out of more restrictive environments.

During Alert Level 4 in 2020, card spending fell around 60% according to Marketview data, providing an estimate of the possible loss at Alert Level 4 this time round. However, we’ve also observed that the economy has become better able to adapt to, and operate at, higher Alert Levels. The spending decline in Auckland during successive Level 3 periods has lessened, with a 10% reduction in the spending hit between the August 2020 and March 2021 Level 3 periods. This trend underscores the fact that businesses have planned, and are better equipped, for higher Alert Levels.

The actual collapse in card spending is predictable yet still stunning. Marketview data provided to Infometrics shows that spending during the first four days of Alert Level 4 is around 50% of pre-pandemic (2019) levels (see Chart 2).

The fall in spending was again preceded by a surge of panic buying as New Zealanders heard about the positive community case in Auckland and made sure to have one last blast at the shops before a period of self-isolation from spending. Card spending activity across all categories on the day Lockdown 2.0 was announced was a monstrous 38% above usual levels.

It’s worth highlighting the incredible spending levels seen in the hours ahead of Lockdown 2.0. Marketview data shows that spending on groceries, liquor, and pharmacies doubled on Tuesday 17 August compared to pre-pandemic levels. Incidentally, Auckland’s move to Alert Level 3 occurred around the same time last August, and as Chart 3 shows, panic buying when community cases are found is a regular occurrence now.

After toilet paper being a key panic buying staple in Level 4 last year, supermarkets have this year reported a greater focus on fresh produce. Perhaps, with a storehouse of toilet paper available, Kiwis have entered this lockdown focused on ensure scurvy doesn’t take hold.

Spending activity by region shows an interesting profile of spending shifts. Provincial-based economies have shown smaller falls on average than urban economies. As Chart 4 shows, Auckland, Wellington, and Canterbury regional spending over the week to Sunday 22 August (including 5 days of Level 4) has declined to a greater extent than in most other areas.

Smaller falls in weekly spending in the West Coast, Tasman, Hawke’s Bay, Northland, and Gisborne is likely to have resulted from stronger spending levels in the days prior to Alert Level 4. Additionally, these economies, according to Infometrics estimates, have a greater proportion of economic activity continuing at Alert Level 4.

Go home, stay home, and save lives (and livelihoods)

Working from home has got another supercharge, with computer equipment across the country bundled up and taken home on Tuesday. Home offices have morphed into offices with homes, as businesses continue to operate even as workers juggle home life with Level 4 work pressures.

With a considerable number of workers not able to operate at Level 4, there’s more downtime to catch up on Netflix watchlists. Internet data from Chorus shows a substantial and sustained rise in internet traffic from around 8am until midnight since New Zealand has been at Alert Level 4 (see Chart 5).

In fact, data usage is up 37% from Alert Level 1 a week earlier. Working from home trends are becoming clearer, although this shift in internet likely reflects a greater level of virtual meetings and entertainment consumption than core working activity. Usual working activity uses internet too (just at work rather than at home), so the additional usage is from working differently, rather than working from a different location.

The government has moved swiftly again to provide support to businesses and workers during Lockdown 2.0. Finance Minister Grant Robertson announced that both the Wage Subsidy and Resurgence Support payment will be made available. Important wage subsidy details include the following.

Back-of-the-envelope analysis shows that the wage subsidy could cover up to 1.25m workers, costing around $1.5b. This level of support would be slightly lower than the 1.68m workers supported on 12 June 2020 when the original wage subsidy ended, reflecting the higher qualifying threshold (a 40% decline in revenue rather than a 30% drop) and the economy’s ability to adapt to Alert Level rises. Uptake to date isn’t yet available but data from MSD is expected on Friday 27 August.

The government remains in a relatively healthy fiscal position and can provide additional support the economy as needed.

Budget 2021 and subsequent reporting has confirmed that the government has retained $5.1b in the COVID-19 Response and Recovery Fund (CRRF), out of $62.1b originally set aside. The Wage Subsidy will draw on this funding to support the economy. However, it is also worth noting that a good chunk of the $14b the government had left in the Fund in August last year has been used, with costs that are hard to tie to the pandemic (such as cameras on fishing boats and school lunches) paid out of the CRRF.

The average across advanced economies was 120%, meaning New Zealand still has the fiscal firepower to draw on if needed to support activity. To this end, the government has passed a new Imprest Supply Act in June giving itself access to an additional $35b of funding for spending if it needs to provide additional support for the economy.

Once New Zealand moves back down Alert Levels, we’d expect to see another surge of spending, like we saw after Lockdown 1.0 in 2020. At Level 4, supply rather than demand is restricted – people have money to spend, but nowhere to spend it. This surge in spending in 2020 saw New Zealand spending levels return to normal (and arguable to above-normal levels) incredibly fast. As Chart 7 shows, card spending in New Zealand took three months from heightened restrictions to get back to normal. In China, it took eight months.

Overall, Chinese retail spending over the last 18 months is still 1.4% below the preceding 18 months. In New Zealand, on this same metric, spending is up 0.8%.

These trends bolster our expectations that spending levels will bounce back, as will the wider economy. Lockdown 2.0 remains a substantial setback for the economy, with some sectors likely to feel the effect more than others. Tourism, hospitality, and construction workers will all sit idle during Level 4, with the risk that some businesses struggle out the other side. But so far, New Zealand’s economic performance has been strong and enduring, and this trend is likely to continue. The economy will weather this storm and bounce back once we see Alert Levels shift.