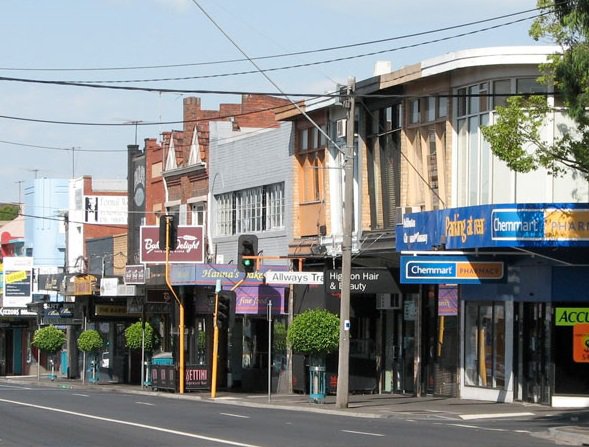 Commuters and remote workers can contribute to economic revival of towns

Each morning the train station in the small Wairarapa town of Carterton is packed with commuters who do the long trek into Wellington.  Like me, these people have each balanced up the pros of living far out of town against the costs.  The journey takes an hour and a half so the costs are clearly significant.  But we each weigh these costs against the benefits of the more pleasant climate, affordable housing and the opportunities of living on a lifestyle block.

Watching these people do the long trek, I often consider the economic effects of this daily movement of workers. Wellington City provides economic opportunities not available in the Wairarapa.  Commuting enables Wairarapa residents to tap into Wellington’s well-paying and high value-adding knowledge industries, such as financial services, the information technology sector, and other professional services.

If my spending patterns are reflective of the average Wairarapa commuter then there is a significant flow of income from the big city to the country.  While my household earns all its income in Wellington, it spends all but a small portion of it in the Wairarapa.  My spending in Wellington is restricted to a couple of lunches each week, the occasional item of clothing, and gifts at birthdays and Christmas.

Among the 4,000 or so Cartertonians that were employed in 2013, nearly 500 of them worked in Wellington City or Hutt Valley.  The 2013 census shows that on average those that work in Wellington and the Hutt Valley earn 60% more than those that work in Carterton. These commuters clearly make a significant contribution to the Wairarapa economy. Collectively they account for nearly 20% of all income earned among Carterton residents.

While the train between Carterton and Wellington provides an important economic link between these two centres, over time telecommunication connections will increasingly be the conduit.  Technology such as video conferencing and screen sharing dramatically break down geographical barriers, allowing staff to work remotely.  Using this technology I am able to work from home a couple of days a week and many other fellow Carterton residents do the same.

Working from home is a growing trend among professionals in New Zealand. According to the 2013 Regus Global Economic Indicator, 40 per cent of New Zealand professionals work away from the office for half the week. We have a little way to go to catch up to the UK (42 per cent) and the US (47 per cent). Flexible working conditions, such as working from home, is an increasingly important strategy for companies to retain and attract talented staff.

Remote working opens up the opportunity for towns that are beyond commuting distance to the large centres to attract professionals employed in high paying occupations based in the major centres.

Many small towns in New Zealand are struggling for survival and bemoan the difficulty in attracting industries with high paying jobs. Most of the high paying professional service industries prefer to locate in the big centres to benefit from the agglomeration effects of being co-located. The smaller centre’s best chance to tap into these industries is to attract remote workers or those that are close enough to big centres to attract commuters. After a spell in the large centres, young professionals are often tempted to return to the region they grew up in and seek the support of family networks to help raise a family.

Local councils have only limited control over factors which influence their economies, but they can make them attractive places for professionals who are able to work remotely or commute to larger centres.  A vibrant arts and culture scene, pleasant public spaces, top class amenities including well stocked libraries and sports facilities, a good choice of restaurants, schools, and family friendly facilities can all help attract professional workers.  Decent broadband and cell phone coverage goes without saying.

There are a host of towns around the country which will be competing to attract remote workers. The obvious examples are Queenstown, Nelson and Cambridge. A less obvious example, but in my mind a town that has turned itself around and is positioning itself to take advantage of the growth in remote workers is Wanganui. It is a pretty town with its heritage architecture, riverside location, and pleasant climate.  The council has put enormous effort into making it an attractive town to live with the redevelopment of the Sarjeant Gallery and Opera Theatre, the Arts Centre and the riverside walk, amongst other projects.  It is a town that is currently enjoying an economic upturn which will reinforce its attractiveness.

Local councils have recently been rushing to finish their long term plans. Their economic development strategies often focus on picking ‘winning’ economic sectors and pushing those sectors. In future plans they could consider the impact of remote workers and how best to attract them.