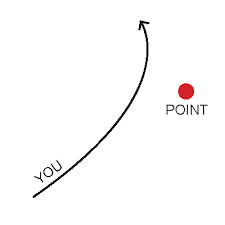 Review of GST misses the point

Trying to plug the holes in the current goods and service tax system is likely to be an expensive failure that will have the perverse impact of encouraging a culture of tax avoidance. As I have noted previously, there is a fundamental flaw in the design of New Zealand’s GST, which the current review of cross-border transactions ignores. While the current review is aimed at plugging revenue gaps that are developing because of technology and social changes to retail patterns, it ignores the more important economic efficiency consequences of shortcomings in the design of GST.

This perspective may come as a surprise to many. New Zealand’s GST is normally held up as being a soundly designed value added tax system, and indeed compared to systems in many other countries it is. But it has a fundamental flaw that means that it promotes a sub-optimal allocation of our resources that has harmed and will continue to harm wealth creation. As a pleasant positive side effect, my proposed change will more effectively address the revenue gaps that the government is currently so concerned about.

A value added tax, like GST, is almost, but not entirely equivalent to a tax on consumption. Rather than taxing final consumption it taxes each stage of production, but allows GST registered entities to claim back the GST they have paid on their purchases. What this means is that although GST is added on at each stage of the productive process, it is the final consumer of the good or service that ends up paying the full liability of the GST.
The advantages of the value added tax design hinge on the ability for companies that are not the final consumers of the product to claim back the tax they have paid:

Application of the destination principle in the design of value added taxes is a logical progression from the Diamond-Mirrlees conclusion that aggregate production should be efficient. This means that just as no taxes should be raised between firms, no taxes should be imposed on transactions between countries, and international trade would then take place at producer prices (Kay 1990).

The problems with GST

Although, the aim of the destination principle is to ensure that taxes are not imposed on the transaction between countries and so ensure that international trade takes place at producer price, the actual application of GST in New Zealand does not ensure this. Indeed it places a significant wedge between the earning power of different activities (eg between farming or running a home-stay) and the costs to consumers of different activities (eg holidaying on the Gold Coast or at Taupo). In this way it encourages a misallocation of resources that must be detrimental to the economy’s performance. The destination principle implies that rather than taxing either value added created in New Zealand, or the genuine consumption of New Zealand residents, GST has effectively become a tax on consumption that takes place within New Zealand.

The GST raises the relative returns of exporting goods above that of exporting services provided onshore. It also encourages consumers to spend their money on trips abroad ahead of travel within New Zealand or indeed on any other product available within New Zealand. Although the misapplication of GST looks like a tax on overseas tourists it is in reality a tax on the incomes of those in the tourist industry and other traded services industries.

For example, if a tourist arrives in New Zealand with a budget of $NZ1000, the tourist industry is likely at most to receive $869.57 of this while the remainder is collected as GST by the Government (ignoring other duties such as excise and tariffs). If the same person spent their money on sheepskin products (either overseas or at a duty free store) the export sector (including associated services) would receive the entire $NZ1000.

By lowering the relative returns from tourism and other service exports such as education, GST reduces incentives to invest in service export industries and so hampers their ability to grow. Instead the application of the tax encourages resources into other (primarily export good) sectors that have a lower potential for growth – except through the advantage provided by the unfair application of GST.

In addition, as the current review highlights, the expansion of cyber commerce has made it more difficult to police domestic tax systems. Irrespective of tax considerations there are obvious market led reasons for this expansion. Internet shopping and on-line streaming of services both expands consumer choice and on-line services can be far more convenient than traditional shop-based service provision. The complication for the tax system is that these markets go beyond normal national tax jurisdictions. It is one thing to ask domestic-based businesses to register and regularly file GST returns, it is far more difficult to expect foreign based organisations to comply. Without necessarily any New Zealand-based costs there are perhaps only compliance costs and no financial incentive for them to file a return.

The other approach is to better police New Zealand consumers. But many of the imports come in ways that are both difficult and expensive for traditional regulatory agencies like Customs to police. As much as one may disapprove of tax avoidance and tax evasion, it is important to note that the incidence of tax avoidance and evasion says more about problems in the tax system, than the social system (Kay 1990). A poorly designed tax system places the pressures on individuals to yield to temptations of tax avoidance.

The current review is blinkered in trying to create fixes for the existing system. There has not been sufficient critical analysis of the current system nor does it seem an adequate assessment of the root causes of the problems. In particular the review only appears to be interested in revenue collection and not on the impact of the tax on economic efficiency.

There is in fact a surprisingly simple solution to both the allocative efficiency issues and the shrinking tax base issues that GST faces: convert the application of GST from being destination based to origin based. That is rather than attempt the exceedingly complex task of removing the unfair tax on the tourism industry, simply remove the dispensation currently provided to other exporters. Similarly instead of attempting the impossible task of taxing all imports of on-line goods and services, simply remove all taxes on imports.

By taxing all exports and exempting all imports, all trade is moved to the same side of the expenditure tax filter, thus removing distortions between different types of economic activity and preserving the aim of not taxing transaction between countries. Although it might not seem immediately obvious, as long as a country does not attempt to tax both exports and imports, but only one or the other, then the country is not actually taxing the transactions of another country. A pure origins based system taxes value added (ie production within New Zealand) while a pure destination based system would effectively tax consumption (ie the spending of New Zealanders). In both cases only New Zealand transactions are being taxed.

An obvious objection that many might have to this approach is to question what the impact of applying GST to our exports will do to the competitiveness of the export sector. The short answer is probably nothing. In the presence of a flexible exchange rate, one would expect the introduction of an origins based GST system to trigger a one-off compensating reduction in the nominal exchange rate. Indeed Lockwood, de Meza and Myles (1995) demonstrate that a unilateral switch to an origins based system will have neutral inter-country impacts under virtually all circumstances.

Unlike the complexities involved in attempting to clean up the destination approach, a move to an origin approach is actually likely to reduce the administration burden faced by IRD and the government. The taxing of exports would end IRD or Customs’ role in administering and policing the zero rating of exports. Customs would also not be required to apply GST to imports.