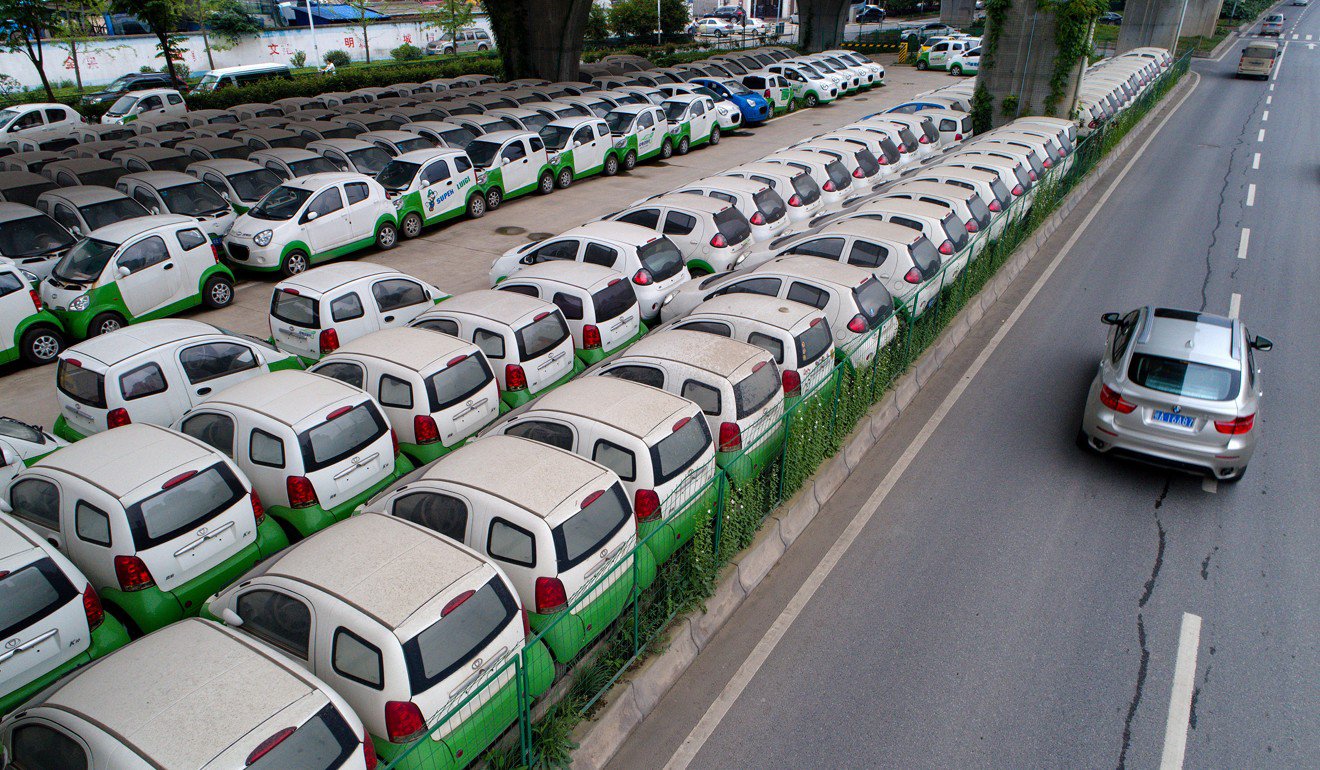 What’s in store for EV sales between now and 2040?

Electric vehicles really caught the headlines last year, with sales rocketing ahead of government targets in New Zealand and most projections globally.  We thought it best to start 2018 with a look at what could be expected for electric car sales in the next couple of decades.

The size of the electric vehicle (EV) fleet now is miniscule compared to what it is expected to grow to in the next five years.  The New Zealand light electric vehicle fleet increased in size by 148% in 2017.  But at just above 6,000 cars, the current EV fleet is so small compared to projections that it’s even quite hard to show on a graph 1 (If you click and deselect the projections, you’ll be able to see the EV fleet on the graph below).

So that current EV fleet doesn’t get lost in the picture, I’ve extrapolated the growth we’ve seen over the past four years forward (the green line). I’ve then layered this projection against two others.

What is the base case scenario exactly?

The base case scenario from the Ministry of Transport (MoT) gives a picture of how EV uptake might occur if we don’t get any surprises over the next few decades.  It illustrates a New Zealand where we still go into the office to work and go on holiday from time to time.

It’s also a New Zealand where our cities look much the same as they do now.  They would be a bit bigger because there are more people – but not wildly more people, because we’ve got net migration under control.

In short, this scenario takes what can be thought of as “normal” trends from the past few years – demographically and in terms of the economy – and projects them forward.  From this scenario, MoT have estimated the future growth of the electric vehicle fleet (the blue line).

Why are the green and blue lines so different?

The green line is purely an equation running off how fast the fleet has been growing.  The blue line accounts for things like the fact that the population will grow and that EVs will get cheaper relative to petrol cars.

What will this mean for EV sales?

We’ve taken MoT’s EV fleet projections and, after accounting for 2.2% of the fleet getting scrapped each year from 2025, have calculated what these estimates might mean for resulting electric vehicle sales.

Under this base case scenario, MoT estimates that electric vehicles will make up 40% of the fleet by June 2040. For this proportion to be reached, well over half of cars imported and sold in New Zealand will be electric vehicles.  This estimate is not out of line with global estimates, with Bloomberg expecting EVs to account for 54% of sales by 2040. 2

If you want to get a glimpse at what this means in the shorter term, according to our estimates, these projections suggest EV sales will almost double in 2018, and reach around 11,000pa in 2019.

1 You can download the data from these graphs by clicking the triple line button to the top right.  Note that quarter figures are interpolated from annual forecasts (December years for the government target and June years for Ministry of Transport).