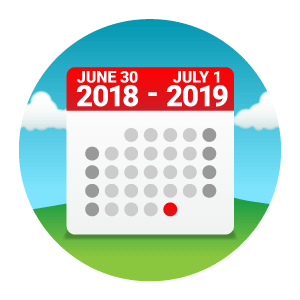 Another step down the road to KiwiBuild failure

Stephen Barclay’s departure as head of the KiwiBuild unit makes it even less likely that the scheme will be able to progress at the rate hoped for by the government. Mr Barclay was appointed in May last year, when KiwiBuild was a largely autonomous unit within the Ministry of Business, Innovation and Employment. But the unit’s transfer to the new Ministry of Housing and Urban Development has led to an employment dispute and, ultimately, his departure.

I heard both Phil Twyford and Mr Barclay speak at a conference in June last year. At that stage, Mr Barclay had been in the role about a month, and I was disappointed that his presentation mostly consisted of parroting the Labour Party’s policy platform for KiwiBuild. To me, there was little indication that he really comprehended many of the obvious flaws in the programme and potential obstacles to its success. I’m no great fan of Phil Twyford, but I left feeling more inspired by his rhetoric than any direction offered by Mr Barclay.

But I’m possibly being unkind about Mr Barclay’s leadership. Without being privy to the details of the employment dispute, we can only speculate that perhaps the organisational change associated with the creation of the new ministry robbed Mr Barclay of some of the independence he’d initially enjoyed when he took on the role. If that is the case, it hints at a man who was determined to take the action he deemed necessary to meet the government’s ambitious objectives.

Stuff’s KiwiBuild tracker shows that the government has a grand total of 110 homes either built or under construction. This progress represents just 11% of its target of 1,000 homes by July this year. Even allowing for a slow start, things are falling woefully behind.

Bearing these KiwiBuild targets in mind, having dynamic leadership for the programme seems imperative. Yet the KiwiBuild unit has effectively been without a leader of any sort since early November. And if Mr Barclay has left because he had his wings clipped, the prospects of getting a new Head of KiwiBuild with the initiative to turn Phil Twyford’s dreams into reality seem slimmer than ever.

To be honest, though, Mr Barclay is probably better off getting out while he can. KiwiBuild is an ill-conceived policy mess that doesn’t understand what is making housing unaffordable, why that unaffordability is a problem and needs government intervention, or even exactly who the policy is trying to assist. We’re left with small $650,000 houses in Auckland’s outlying suburbs being offered to graduate doctors, or building homes in New Plymouth and Wānaka that are still too expensive to provide a realistic alternative for people wanting to get into the housing market. Attempting to provide affordable housing while failing to address high land costs and ignoring critical capacity constraints in the construction industry is a recipe for failure.