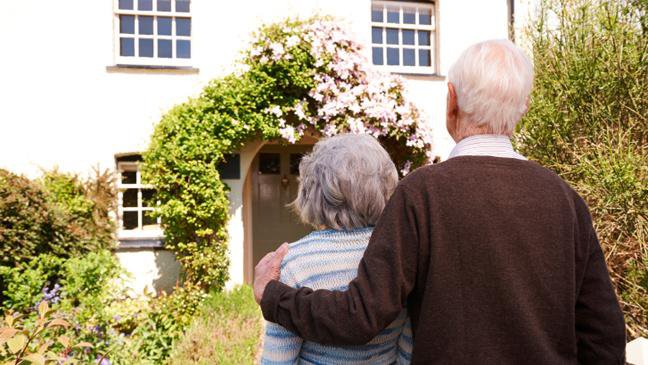 Is buying a house our only path to financial security?

Retirees who own their own home are generally able to live with more financial comfort than those who are renting. It’s not rocket science – if you’ve paid off your mortgage while working, then your accommodation costs in retirement are close to zero, apart from a bit of necessary spending on rates, insurance, and maintenance. Over time, renters tend to become even more disadvantaged because rents often rise faster than incomes.

At $411 per week for a single person, NZ Superannuation is clearly not designed to support retirees who are renting. In fact, the Waitomo District is the only place in the country where average weekly rents would not take more than half a person’s superannuation.

But the interim Retirement Commissioner’s solution to this issue will simply shuffle the problem around without solving it. The Commissioner has come up with the idea that people be allowed to withdraw their KiwiSaver funds to buy investment property. Peter Cordtz’s rationale is that buying your first home in Auckland is prohibitively expensive, and that rapid house price rises risk locking people further out of the market over time. To avoid consigning people to a lifetime of renting and financial hardship in retirement, he suggests letting people buy an investment property in another cheaper region with their KiwiSaver fund. They would then be on the property ladder and could presumably build up equity to later purchase their own home.

Although well-intentioned, this suggestion is particularly hare-brained. The ability for people to purchase an investment property would drive up house prices in the provinces and reduce housing affordability for potential first-home buyers in areas such as Palmerston North or Dunedin. Taken to the extreme, we’d arrive at a situation where people from Tokoroa are forced to buy investment properties in Westport to get onto the property ladder, having been priced out of their home market by investors further up the food chain. There would presumably be no hope for people living in Westport wanting to buy a property, given that there is nowhere in New Zealand with cheaper house prices than the Buller District.

Experience shows that government housing assistance tends to drive up housing costs, ultimately benefitting existing property owners rather than the intended beneficiaries of the money. For example, Australia’s First Home Owners Grant, introduced in 2000, meant that people were able to pay A$7,000 more for a property, and house prices rose accordingly. In the rental market, there is little doubt that New Zealand’s accommodation supplement has pushed rents up, meaning the money has been captured largely by landlords. Releasing more money into the housing market from KiwiSaver, of which a third probably represents government contributions, would only exacerbate our broader housing affordability problems.

There are positives that arise from homeownership, such as better financial security in retirement or improved societal outcomes and community engagement. But these objectives should not be chased at any cost. Too often policymakers are fixated on encouraging more homeownership, without ever understanding the root causes of the housing affordability problem and whether the ends justify the means.

When it was dreamt up by Michael Cullen, KiwiSaver’s original goal was to try and improve New Zealand’s poor household savings rate. No politician will ever admit it, but the scheme also gives the government a potential way to reduce its future fiscal liabilities as New Zealand’s population ages and the superannuation bill balloons. With these goals in mind, KiwiSaver should not be watered down by allowing people to use the money to purchase an investment property or any other asset that happens to be flavour of the month.

If we’re genuinely concerned about trying to improve housing outcomes, there is a wide range of ideas about how this goal could be approached: changing rental laws to provide greater security of tenure; freeing up the supply of land via zoning reform, an overhaul of the Resource Management Act, and addressing funding problems with infrastructure provision; or bringing building costs down through greater use of prefabrication. Changes to the taxation treatment of housing, which make property ownership so much more favourable than any other form of investment, wouldn’t go amiss either. But don’t expect anything radical in that sphere from the government within the next 20 years – we all know where the Tax Working Group’s recommendations ended up.

If getting people into homes before they retire is the aim, increasing speculative investment in property in the vain hope of buying a home could well exacerbate the problem, not solve it. A focus on the drivers of unaffordability rather than dreaming up get-rich-quick schemes is far more likely to achieve the desired outcome in a sustainable fashion.