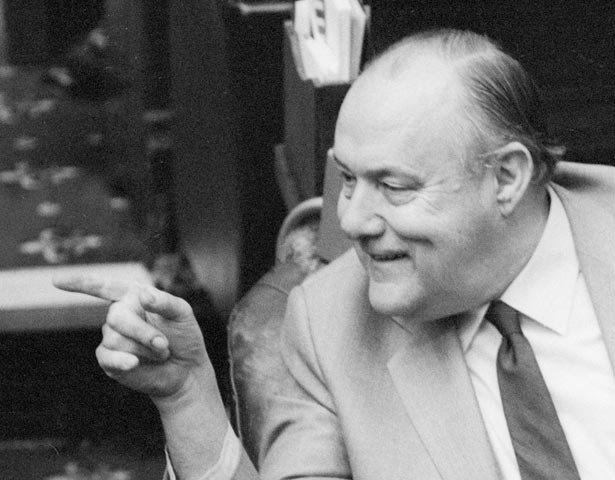 This article was first published on BusinessDesk on Friday 20 November 2020.

The Reserve Bank’s independence is an important feature of New Zealand’s economic framework. The government has some scope to include housing in the Bank’s policy objectives, and it must also ensure that the Bank takes an appropriately broad view of the economic effects of its policy decisions. But housing’s underlying problems will only be solved by more fundamental reforms of our tax system and settings around the supply of land.

Those people calling for an end to the Reserve Bank’s independence must have forgotten, or be too young to remember, the bad old days when monetary policy was little more than an enabler for fiscal pump-priming. Things came to a head during the 1970s and 1980s, when Robert Muldoon’s dual role as the Prime Minister and Minister of Finance led to dubious economic policies.

Having concluded that “most people wouldn’t recognise a budget deficit if they fell over it”, Muldoon was happy to announce significant government spending ahead of an election. By leaving monetary settings unchanged, these actions ensured faster economic growth, boosting the incumbent’s chance of re-election. Any pesky side-effects such as higher inflation or an unsustainable fiscal position could be dealt with later – or simply left to get worse, as things transpired.

Although the coalescence of the powers of the Prime Minister and Minister of Finance in one individual seems unlikely to be repeated, the Reserve Bank’s independence provides an important safeguard against this irresponsible behaviour. A Reserve Bank faced with stimulatory fiscal settings would now consider the medium-term implications for its own policy targets and respond accordingly – raising interest rates if necessary.

No mandate for housing

Frustration with the Reserve Bank’s current monetary settings seems to have arisen largely from the persistent and worsening problem of housing affordability. However, the Bank’s apparent indifference to the housing crisis is simply a reflection of its mandate, rather than a problem with its independent status.

The government has set the Bank “the goals of maintaining a stable general level of prices over the medium term and supporting maximum sustainable employment.” Nowhere in this remit is there any mention of asset prices, which the Bank was instructed to at least “monitor” between 2012 and 2018. One might argue that the removal of this reference from the Bank’s working instructions has allowed it to turn more of a blind eye to the housing market.

Reinstating a reference to asset prices in the Bank’s targets would at least allow the government to ask the Bank some hard questions about housing. For example, should the Bank be relying on the “wealth effect” to spur the economy’s recovery, whereby rising house prices supposedly lead to better consumer confidence and more household spending?

In conducting monetary policy, one of the difficulties faced by the Bank is interest rates are a horribly blunt tool. Lower interest rates this year have made borrowing cheaper for everyone, but the appetite for borrowing is wildly different between the housing market and businesses. Restrictions on what type of lending could take place would potentially take some heat out of the housing market, but these restrictions would also render the Reserve Bank’s current stimulus efforts mostly impotent. Low business confidence and weak investment intentions mean that firms are reluctant to borrow, no matter how cheap the money on offer is.

Giving the Bank too many different targets also stretches the effective limits of monetary policy, given that the Bank has a limited number of levers to influence outcomes. Already, there is a tension between the two central targets of price stability and full employment.

Nevertheless, the 2013 addition of loan-to-value ratio restrictions to the Reserve Bank’s toolkit means that it can influence housing market outcomes in a reasonably direct fashion. Strengthening its housing mandate beyond financial stability risks would be achievable, particularly if debt-to-income ratio restrictions were also added to the Bank’s armoury.

Address the causes, not the symptoms

Ultimately, asking the Reserve Bank to control housing market outcomes would simply end up treating the symptoms, rather than the causes, of New Zealand’s housing crisis. Historically low mortgage rates are not the primary cause of the unaffordability of housing and the current flood of money into the market.

Investor appetite has been boosted by the absence of a comprehensive capital gains tax, with investors calculating that the tax-free returns from owning property far outstrip other ways of making money. The lack of political willpower to address this favourable treatment through a capital gains tax, land tax, or wealth tax, is arguably a much greater policy failure than the Reserve Bank’s enablement of a renewed surge in house prices.

Supply constraints have also played a significant role in driving house prices higher. Excessive zoning restrictions and a lack of planning and funding for infrastructure provision are making land increasingly expensive and pushing homeownership further out of reach for young people. The planned revamp of the Resource Management Act and greater central government coordination around urban infrastructure will hopefully be steps towards alleviating the affordability issue that has become ever more critical throughout the last 40 years.