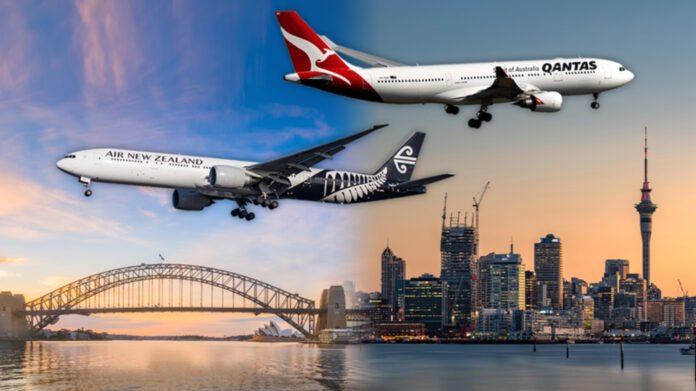 It’s still early days, but it seems the Trans-Tasman bubble hasn’t been the silver bullet that many in the tourism sector had been hoping for. In the four weeks to 30 May, the number of arrivals to New Zealand on foreign passports was just 16% of 2019 levels for the same period. With virtually no arrivals from anywhere except Australia and the Cook Islands at the moment, these figures suggest that visitor arrivals from Australia are running at about 40-50% of their pre-COVID levels.

We probably shouldn’t be too disappointed in those numbers. After all, people only had a month to plan their travel and initial flight costs were well above what people had previously become accustomed to. A lot of uncertainty also remains around potential community cases and lockdowns, with the latest outbreak in Sydney and the spread of miners around Australia possibly exposed to COVID-19 highlighting how quickly things can change.

Even more telling than the limited visitor numbers is the lack of spending that has accompanied these arrivals. Data from the International Visitor Survey in 2019 showed that the average visitor from Australia spent less than half the amount that visitors from other countries did during their stay in New Zealand. It’s not that Australians are particularly stingy when they come here – just that they only stayed on average for 10.2 days, compared to 22.3 days for all other visitors, a testament to the ease of “hopping over the ditch” relative to the longer-haul travel needed from other countries.

Data from MBIE, shown in Chart 1, confirms that the 10 areas still hit hardest during May were generally the ones most heavily reliant on international tourism. In Westland, for example, spending on overseas-based electronic cards in May was still down about 81% from 2019 levels – a modest improvement from the 91% decline recorded in the four weeks immediately prior to the Trans-Tasman bubble being opened. Fortunately for Westland, its blow has been cushioned by some impressive recent growth in domestic spending, which has pushed total spending growth into positive territory. By contrast, total spending in Queenstown-Lakes is still down 9.5% from 2019 levels.

Arguably the most fascinating detail in MBIE’s data is those areas where overseas-based card spending is at its furthest above 2019 levels, as shown in Chart 2. None of these areas would ever be described as a mecca for international tourists, but they are now the ones seemingly benefitting the most from the Trans-Tasman bubble.

The regional distribution of spending suggests that visitors to New Zealand are primarily coming here to visit family and friends from whom they have been separated for over a year. It makes sense that this type of travel is the highest priority for people and most likely to be taken at relatively short notice.

However, it also emphasises the lack of stimulus provided by people visiting family and friends compared with other tourists. Data from 2019 showed that people visiting friends and relatives in New Zealand spent an average of $135/night, with all other visitors averaging $214/night.

The reality is that, if you’ve got someone to stay with and you’re not visiting the usual tourist attractions, then spending will be much lower. MBIE data shown in Chart 3 confirms that international spending in May on the four store-types most closely associated with holidays and leisure (events, transport, accommodation, and hospitality) was still down by 42-78% from its 2019 levels. These results were improvements from the 78-96% falls recorded prior to the Trans-Tasman bubble opening, but it’s clear that tourism operators are far from being rushed off their feet.

We have recently witnessed pockets of discontent with the government, linked to a lack of confidence about a timely vaccine roll-out in New Zealand, and the need for better planning around the future border reopening. Although the government generally performed well last year with its wage subsidy and public health response, there are concerns that the benefits of this good work will be undone by a vaccination rate that is lagging many other countries.

At the same time, there has also been a subtle change in economic projections. Late last year, global Consensus forecasts showed that New Zealand was expected to be one of the best-performing developed economies between 2019 and 2022. Our quick return towards “life as normal” after lockdown was expected to aid economic growth in 2021 and 2022. Although domestic spending continues to drive strength in our GDP numbers, fiscal stimulus and substantial progress in vaccination programmes have enabled several other countries, including the US, to start closing the gap with New Zealand. Essentially a fast lockdown at the beginning has got us ahead, but a sluggish reopening of the borders could eventually see us left behind.

Spending data confirms there is a portion of the economy still being significantly affected by ongoing travel restrictions. A clear plan about reopening the borders is imperative, and vaccination is arguably the foundation on which the economy’s medium-term performance rests. For tourism-focused businesses, the roll-out of the COVID-19 vaccine through the wider population cannot come quickly enough.