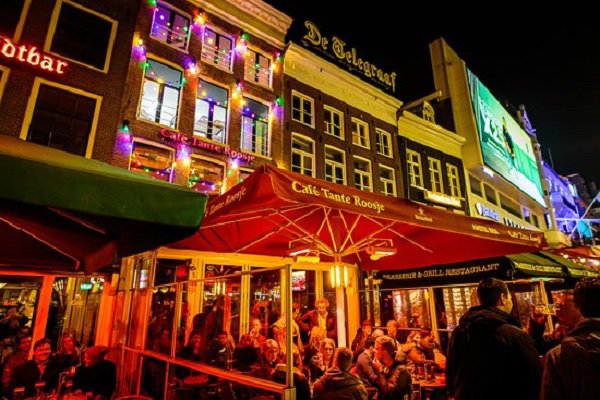 Should we ban fireworks?

I spent another enjoyable New Years at the family batch in Tairua this year, the main attraction being a fireworks display that always seems to punch above its weight for a small community.  Leading up to the main event, there are often people letting off their own fireworks and, like at Guy Fawkes time, I enjoy a little bit of freeloading watching other peoples’ fireworks.  At some point in the night, with a look of resignation and inevitability, a friend leaned over to me said “so I wonder how long we have until they ban these things”.

I’m often dismayed by the poor quality of public debate that seems to surround these sorts of issues.  Typically around early November each year we get the same stories trotted out about people kept awake at night, hurt and scared animals, and injuries or property damage from fireworks.  The message from this side of the debate seems to boil down to one main argument: Fireworks sales to the public come with some level of social and/or economic cost so we should ban them.

Everything we do has a cost, but it also has a benefit – otherwise we wouldn’t do it.  The problem is, however, that the costs of an activity don’t always all fall on those who are enjoying the benefits.  Aside from fireworks, passive smoking, pollution from cars, noisy concerts and consumption of alcohol are other examples where some of the cost falls on people other than the primary users.  In these cases various tools are employed, including regulations and taxes, to help even out the equation and minimise the “collateral harm”.

Fireworks provide a lot of fun and entertainment to many New Zealanders, the majority of whom are largely responsible and considerate consumers.  The millions spent on fireworks each year is testament to the value many people place on them.  So rather than having the same tired debate about “to ban or not to ban”, let’s have some more intelligent debate about the harm caused by fireworks and the most appropriate regulation to minimise that harm.

We should start by having a good look at the current regulation, answering questions such as:

Short of a complete ban, the two vehicles for minimising harm caused by fireworks are tax and regulation.

I do not to favour a tax.  Although a tax would be relatively easy to collect, it would be hard to know how to distribute the money raised.  Do you set up a pool so if your pets are injured or your car shed burnt down, your can apply for compensation?  In my view a tax of this nature should not be punitive but instead go to the people affected by an activity.   However in practice compliance and administration costs are likely to be prohibitive.

Anecdotally most harm appears to come from a few users, such as the idiot who sets fireworks off at 1am or sets an old lady’s letterbox on fire.  A tax on all users to punish the few in this case seems inequitable.

Before parliament moves toward an outright ban, they should consider trying a new regulatory approach.  After researching overseas examples and similar legislation in New Zealand (such as the Arms Act), I have come up with a suggested course of action.  My strategy borrows heavily from overseas examples and is divided into three parts:

This system hinges on the three categories that explosives are classified into.  The system should not be too difficult to devise as it can build on the existing system to classify fireworks and other explosives based on their power, noise potential, and other attributes.

The first category is uncontrolled and anything in this category would be able to be bought and sold freely without a licence.  In my view it should include very low-powered devices such as “party poppers”, Christmas crackers, sparklers and perhaps some smaller fountains as well.  If anyone wants to cause mischief with these products they would sooner do it with a lighter and an aerosol can, or a can of petrol.

The second category is where things get interesting.  This category could include almost all fireworks currently sold at Guy Fawkes time, but a licencing system could also allow for a relaxing of the restrictions to include some more powerful devices and sky rockets.  To be able to buy these you would need to be a registered consumer and obtain a licence to show sellers.

Becoming a registered consumer would require a “fit and proper person” background check, an interview, and passing a competency test.  You would need to have your details on a register and have agreed to use fireworks responsibly, within a set of rules that could include an 11pm curfew (except New Year’s Eve).  Penalties would apply and the licence could be revoked if the holder was found misusing fireworks or supplying to unlicensed persons.  The cost of the licence would cover the administration costs.

The third category would require endorsements to your licence, which would effectively replace the current Approved Handler Certificates for Explosives and the requirements for obtaining this level of licence would be the same as its predecessor.

A licencing system can’t stop every unsuitable person from obtaining fireworks.  But what it does do is put a strong burden of responsibility on the person who buys the fireworks to use them responsibly, as it is tied to their licence.

Everything we do has a cost, and sometimes part of that cost falls on other people.  There are other courses of action to consider before we impose an outright ban on the thousands of people who buy and safely enjoy fireworks each year.