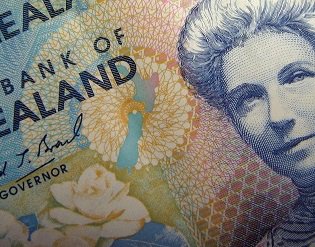 Tertiary study is an important part of many young people’s lives, mine included. It’s also an expensive part, requiring substantial funding from both the student and from the Government. But has the right balance been struck when it comes to the funding of tertiary students in New Zealand?

It’s been two weeks since I headed back to the hallowed halls of academia, which marks two weeks since I’ve been made acutely aware of how much debt I’m getting myself into. Financial support for tertiary students seems to be a hot topic recently, with Ngatokotoru Puna arrested at the border in January due to a large outstanding loan debt, as well as various student leaders and politicians recognising that the estimated total value of outstanding student loan debt rising above $15 Billion in early March.

Even though everyone seems to place their focus on talking about this massive stock of outstanding student loan debt, everybody seems to overlook the plight of current students and ask whether students are able to access enough financial aid to adequately support themselves during their studies.

In 2014, there were over 186,000 students reported to be accessing a student loan. The amount loaned to each student varies, but students can normally access all of their course fees, ranging from $5,000 to $15,000 per year depending on their course of study, $1,000 for course related costs, and up to $176.86 per week for living costs under the student loan system.

It’s this last part of the loan system, the living costs, that I’m focusing on in this article. Simply put, is this amount enough to live on?The premise of the student loan system is that the Government provides some assistance to enable more New Zealanders to gain qualifications, with students and their families contributing towards the shortfall in government assistance, in recognition of the high personal benefit gained from a qualification. However, bridging this shortfall isn’t easy for many students and their families, with most topping up their borrowed student loan living costs where possible with income from working a part time job, and often also from private bank loans and overdrafts.

Median rents in cities with major tertiary institutions range from $100 per week (Palmerston North) to $260 (Auckland).  Add to that $50 for food, $30 for power and $10 for internet, students are looking at paying between $190 and $350 per week, with only $176.86 coming in from Studylink. At the same time as students are struggling to pay their bills by working extra jobs to cover the shortfall, loan repayments are automatically deducted from their earnings once over a certain threshold. Although it’s true that these deductions will see students exiting their studies with less debt than they would otherwise have had hanging over them, it also reduces the amount available to use to pay the bills during study, especially as rents continue to rise. It is clear that Studylink living costs barely cover actual living expenses, with rising rent prices exacerbating the issue.

There appears to be a smart way to introduce (small) changes to the student loan system to better enable students to complete meaningful study – if we reduce or remove the tax paid by students when studying, we’re giving them more income during their study to live on, albeit at the expense of increasing the amount of debt graduates will accumulate. However, another core tenant of tertiary study is that it will lead to higher paying jobs in the recognition of higher levels of education. If we also then changed the rate of repayments post study from the current rate of 12% of a person’s income to a tiered repayment structure based on how much you earn (with the 12% being the base rate), then the Government, having forgone repayments during study, would recoup these funds more quickly as gradates earn more.

In short, these two small changes could work towards reducing the burden on students trying to get by financially during their course of study, while also ensuring the Government is able to recoup its investment at a later stage when graduates are in a position to repay their loans. To be clear, the student loan system is expensive. Having $15 billion dollars of debt on the books creates calls for greater repayments sooner. But if students are to make the most of the opportunity that further education at a tertiary institution presents, they need to be able to pay for it without resorting to credit cards, bank overdrafts and expensive private loans that will burden them with further debt and a bad credit rating if they cannot make their payments because they’re forced to choose between an interest payment and food for that week.

Further, taking a loan out, even from the Government, is not a decision that should be taken lightly. It’s crucial that students understand that this is money that must be paid back over time – the student loan contract makes this requirement to repay very clear. Recent legislation that allows for the arrest of those with outstanding loan debt has been used twice by IRD, with one arrest made. This should not be characterized by student leaders as having a ‘chilling message’ – it should serve as a reminder that if every other student is making inroads into repaying their loan, so should those leaving New Zealand and neglecting their obligations, and, in essence, stealing from the taxpayer.

Student loans are an important aspect of ensuring that New Zealand produces a highly educated and skilled workforce that is innovative, critical, and productive. While it’s important for the Government to recoup their investment and for students to fulfil their repayment obligations, students also need financial support to complete further study without undue burden. Reforming how and when repayments are scheduled would work towards striking a better balance between these.