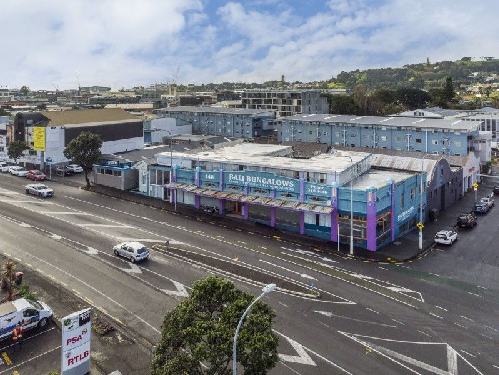 The extended bull run of Auckland’s commercial property market is leading to questions about the sustainability of current price levels, both for existing owners and potential investors.  As we outlined in our last newsletter, the levels of commercial property yields in Auckland are low compared with other parts of the country.  But should these low yields make investors concerned?

Not necessarily, is the simple answer.  Granted, retail and industrial yields in Auckland are already below their pre-GFC troughs in 2007/08, and office yields are back down on a par with those levels and poised to go lower.  With the data available to us, it’s hard to establish a true long-run average for Auckland property yields, but it isn’t too much of a stretch to suggest that current yields would be lower than that mark (or in other words, prices are higher than “normal”).

However, looking at the issue in relative terms, it’s normal for Auckland commercial property yields to be lower than elsewhere.  After all, it’s our biggest city, where investment risk is theoretically the lowest, not least because there is a deep and diverse pool of occupiers circling for any leases that become available.  Plenty of liquidity in the investment or capital markets also means that properties can be sold quickly if the current owner runs into strife.

To formalise those concepts, property analysts often try to estimate a ”required” property yield and then compare that figure to actual yields, to assess where the market currently stands relative to fair value.  This is typically more of an art than a science, but it can still be enlightening.

Required property yields start with an underlying risk-free rate, typically government bond yields, which are currently 2.7%.  We add to that allowances for the extra illiquidity and transactions costs that property carries relative to bonds , as well as physical depreciation and risk.  Most benchmarks for commercial property in ‘world cities’ suggest that the combined allowance for these things is typically in the vicinity of 4%.

From the total of 6.7%, we then deduct future expected rental growth.  (Note that brighter future income prospects mean investors can pay more for an asset now, or in other words buy on a lower current yield.)  Again, it’s hard to be exact about these expectations, but global evidence suggests that real commercial property rents only rise when an economy is growing at or above its trend or normal pace.

Given capacity constraints facing certain sectors, such as construction, over the next few years, we suspect that the New Zealand economy as a whole might only grow at its trend rate at best , probably a bit below.  So if we assume that this also applies to Auckland, then it seems reasonable to suggest that real rents in the city may even slide down a little.  After allowing for inflation of perhaps 1%, this implies nominal rental gains of about 0.5% p.a. over the next 2-3 years.  A subdued rental outlook seems to square quite nicely with the big pipeline of new property supply that will start to come online in Auckland over the next 12 to 18 months.

The upshot is that once we deduct 0.5% from 6.7% we get a fair-value yield of 6.2%, or, given the uncertainty involved, within a range of 6.0-6.5%.  Interestingly, a typical prime office yield in Auckland at present is around 6.5-7.0%.  In other words, actual yields are in the same ballpark as required yields and hence there is no clear evidence here of overvaluation.

Now, as already noted, estimating fair value can be a bit subjective.  But as we outlined in our last newsletter, although some of the pull-factors for investors to start diverting money towards regional commercial property markets are real and significant, that assertion is not the same as saying that Auckland property is overpriced (i.e. yields are too low) or is providing a push-factor.

In fact, even though Auckland yields aren’t obviously too high either, it still wouldn’t be a surprise to see them move lower in the near term.  That would be consistent with continued population growth and extra demand for shops and offices, as well as the likelihood that New Zealand interest rates will be low for some time yet.  It would also be consistent with any search for safe-haven assets that takes place in the new world where Donald Trump is the US president.