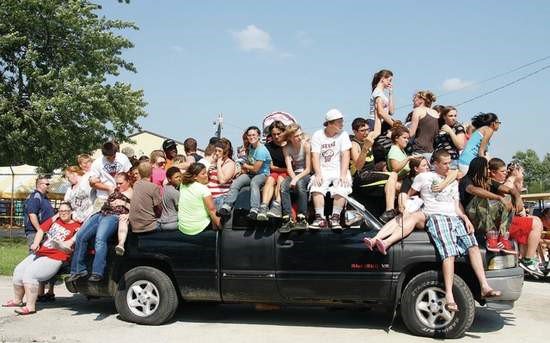 Why are our car forecasts so much higher than last time?

We have revised up our car sales forecasts considerably over the five-year forecast period when compared to our February outlook.  A big part of this long-term lift is a change in our forecasts for net migration.  But there are also factors, such as high ownership rates and an improving economy, which are also going to push up demand for vehicles throughout our five-year forecast period.  In light of this outlook, we will also discuss the latest car price data from the Consumers Price Index and how car prices will weigh in the favour of new car sales over the years ahead.

Migration and its effects on fundamental demand

Infometrics has been hammering on a lot about net migration lately, but if you can bear with me for a minute, I’ll break down how much net migration influences underlying, or fundamental, demand for cars.

The number of people in the country has a big effect on the number of things purchased, including cars.  Strong net migration and record high levels of arrivals show that there are more people coming into the country that are probably going to buy a car.  Even if they’re here on a work visa, they are likely to get a vehicle for their trip around the orchards over summer.

As a result, migration and its effect of increasing the number of households is one of the factors we include in our fundamental demand estimates. We estimate that population growth will account for 45,000-65,000 car sales during each of the next five years.

We have revised up our outlook for net migration compared with February simply because, outside of a policy change, there is little reason to suggest arrival numbers will decrease over the coming year.  More new arrivals have a bigger effect on car demand than fewer departures due to the simple fact that people rarely bring their vehicles with them from overseas.  Had arrival levels remained unchanged, but departure levels dropped, we wouldn’t expect to see as much of a lift in car demand because staying in New Zealand doesn’t immediately necessitate a new car.  Conversely those arriving from another country (and planning to stay) tend to make a lot of setting up purchases, such as buying a car or house. This compositional effect of migration will also drive up fundamental vehicle demand.

Other influences on fundamental demand

The rest of fundamental demand is estimated using a range of scrappage rates (the proportion of the fleet that is replaced) and various ownership rates (cars per household).

As at March 2017, the car ownership rate stood at 1.58 cars per household – the highest it’s been since at least June 1992! Given the strength of the New Zealand economy and further improvements anticipated for the labour market, we think that ownership rates will track up further from their current high.

Toward the end of our forecasts, we’re expecting to see more turnover in vehicles as people switch to electric vehicles and cars with greater autonomous capabilities.  By this point, the total costs for owning and running electric vehicles is expected to be lower than that for vehicles with petrol and diesel engines, prompting more people to make the shift to electric.

How will these factors translate into demand for new and used cars?

Even though demand for new cars hasn’t grown as quickly as our February forecasts anticipated, sales increased by a solid 12% over the year to June.  We are expecting new car sales to rise throughout the bulk of our five-year forecast period, while demand for used cars is expected to remain elevated at around about current levels.  This divergence is caused by the expectation that new cars will continue to become cheaper relative to used vehicles, further encouraging buyers to purchase new.

As pricing pressure is more acute for used vehicles, and with GDP growth looking more promising from 2018, we anticipate further strong growth in new car sales over the next five years.