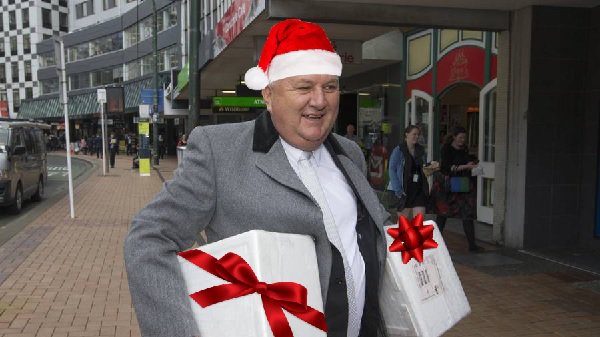 Who will get Shane Jones’ pot of gold?

Regional economic development is a high priority for the newly-formed coalition Government. Nothing highlights this more than returning MP, Minister for Regional Economic Development, and Minister for Infrastructure, Shane Jones being given a $1 billion per annum Regional Development (Provincial Growth) Fund.

How easy is it going to be to get a slice of the pie? Further, is there more to be done to grow infrastructure assets? This article addresses both these questions and provides some insight into what we’d expect from the Fund.

Shane Jones’ Fund is only one string in the Government’s bow to grow the regions – but a central part of the plan forward. It will be important for regions to make a robust business case to get some of the money.

Like most things at the moment – few details are clear

The Government is still so new there hasn’t been a great deal of detail on the Regional Development (Provincial Growth) Fund and other priority policy and funding initiatives. We do know that it is a $1 billion per annum fund of both new Government funds and repackaged spending. To date, Mr Jones has announced a $500m+ rail upgrade between Northland and Auckland, a $150m+ rail spur at Marsden Point near NorthPort, a new wharf in Opotiki, and 100 million tree plantings a year. We expect more will be revealed when the 2018 Budget Policy Statement is published in December. It is understood that the Fund is designed to build capacity in the regions, with a focus on rail, infrastructure, and other projects that build communities.

However, there is no agreed definition of ‘regional’. Mr Jones’ comments about the Fund make it clear this Fund is provincial-focused, but not where this includes. Regardless, out of scope are larger areas such as Auckland, Wellington, and likely Queenstown. Further ideas are needed to assist these areas, including special purpose debt vehicles announced during the election. Decision-making for the Fund is also unclear – Mr Jones has mentioned both a panel of public and private sector experts, and full Cabinet sign-off, as ways that decisions would be made.

With so many projects requesting money already, it is imperative that applicants build a robust business case. These will need supporting evidence demonstrating both the economic and social impacts on the area. Infrastructure costs are top of mind for many councils, with councils gearing up for the 2018-2028 Long Term Plan season next year and the 30-year infrastructure plans that are required as part of this process. It’s difficult to determine the likelihood of receiving funding without a firm set of criteria, but we do recommend including the following when reviewing proposals:

With little detail about the Fund, a vast array of ideas have been put forward. These include radiotherapy in Northland, mobile blackspot coverage, marine facilities, airport upgrades, and a velodrome roof. These ideas sit alongside the usual host of road transport and three-waters  infrastructure proposals.

Mr Jones must ensure equitable criteria rather than one that only funds new toys. Projects should show clear merit and have strong business support and an understanding of the growth profile of the area. Funds should be targeted where they can make the greatest effect, but not solely at the expense of those who have positioned themselves well. Though some councils are highly debt-leveraged, the Fund shouldn’t discount those councils who have maintained the sound accounting on their books: equal access is key.

Infrastructure spending should be at the heart of this Fund

New Zealand is both playing catch-up to meet the requirements of a 21st century urban society, but also trying to get ahead of the curve to sustain developments over the next thirty years. We therefore find it heartening that Mr Jones is also the Minister for Infrastructure.

Many regions are facing a crisis around infrastructure, with assets provided by local councils and central government struggling to cope with current usage. This is down to large increases in population, end-of-life cycles for large pieces of infrastructure, and growing maintenance costs. Pipes, roads, buildings and machinery that were only ever designed for a limited lifespan are being pushed past breaking point to deliver more output for more people longer than anticipated. It’s not necessarily a new problem, but it’s certainly one that is coming to a head.

Many local councils are right up against their debt ratio limits, meaning new spending must be either funded by increases revenue (usually increased rates), selling assets, or reducing services. New borrowing is out of the question – increased borrowing would lead to lowered credit ratings, higher interest payments, and lower capital investment.

It’s tough out there financially for most local councils. There’s never-ending requests from ratepayers, lobby groups, and Councillors themselves to build more and more. This is on top of maintaining debt constraints, service delivery, and revenue streams. There’s a few ideas out there, aside from the Fund, to increase funding to local councils. These include:

Yet many don’t solve the underlying issue.

Even with new options such as the Fund, councils are wary of other funding potentials if they do not include entirely new revenue. Even shifting debt increases to CCOs or related investments risks a credit downgrade. Special purpose development vehicles and increased cashflow will be critical into the future to allow for sustainable development. Rates rises above forecast could continue to crop up if more isn’t done in the near future.

The Government needs to do more, and quickly, on both this Fund and wider funding pressures for councils. Robust criteria for the Regional Development (Provincial Growth) Fund are needed before Christmas. The new Government must also quickly move to establish funding options for infrastructure outside of provincial New Zealand, to maintain growth across the country. Infrastructure has suffered from underfunding and poor planning since 1989, and the new government must move now to ensure New Zealand is prepared for the future.

For councils, it is time to start building business cases – with so many projects already wanting funding, decisions will go down to who can present the best case for investment. We expect, and urge Mr Jones to require that, successful projects from the Fund will need to demonstrate clear economic advantages from new spending, alongside social considerations for locals. Integration of planned proposals to already-confirmed actions that enhance community resilience and service growth needs will also put proposals in a prime position for funding.

We look forward to seeing some innovative and forward-focused projects to come out of the Fund. Above all though, let the best business case win.