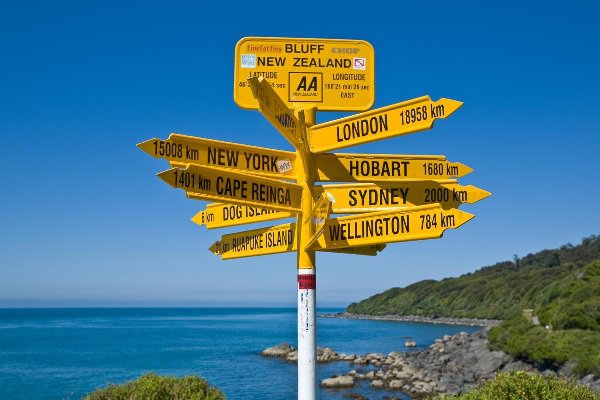 Around the country, what growth issues are on people’s minds?

We have recently conducted a survey of local councils across the country to gauge how optimistic they are about the employment outlook for their area. The survey asked people involved with economic development in councils about their perceptions of employment growth prospects in their area over the next one and four years. We also asked about opportunities and threats to job growth. Understanding the issues that are occupying the thoughts of local officials helps inform our forecasts of regional employment and economic activity.

At a nationwide level, we expect employment growth to slow from the 4.2%pa recorded during 2017 to 2.1%pa by March 2019. Employment growth is likely to ease further over subsequent years, averaging 1.4%pa between March 2019 and March 2022. This weaker employment growth is partly due to slowing economic growth over the medium term, but it also reflects labour shortages and capacity pressures that will persist over the medium term. These labour supply issues are likely to be exacerbated by slower growth in the working-age population due to softening net migration – an issue that was identified by many of our survey respondents.

Regional variations and the urban/rural divide

We have split the results on a geographic basis, as well as in terms of the degree of urbanisation within the respondent’s area. The outcomes are shown in Graph 1.

With four being the midpoint of our survey range, on average our respondents believe that employment in their area will do better than nationwide employment over both the one-year and four-year horizons. This result is especially true looking out to 2022, when just 12% of respondents rated their area’s prospects at three or below (that is, below the national average of 1.6%pa over the next four years). Because our survey did not receive responses from all councils, it is theoretically possible that the areas covered by our respondents will outperform the national average. But it is more likely that the responses are, on average, too optimistic, and some areas will end up being disappointed by their performance.

Digging into the regional drivers

Looking at the opportunities and threats identified by respondents regarding employment growth provides an insight into what might be driving the regional variation in optimism, as well as the urban/rural divide. The most common responses across both questions are shown in Graph 2.

Contributing to the weaker sentiment in the upper North Island was the fact that all the respondents who identified aspects of the dairy industry as being a threat to growth over the next four years were located in this part of the country. The lack of concern about the dairy sector in the South Island comes despite Canterbury and Southland being the two biggest dairy-producing regions after Waikato.

In our view, it would be prudent for local councils in other dairy-intensive areas to place more weight on the risks that the dairy industry poses, given the massive swings in milk prices between 2013 and 2016. The consensus forecast is for dairy prices to hold around their current, more comfortable, level over the medium term, but changes in international demand and supply conditions could once again leave farmers facing a more difficult operating environment. These swings can appear rapidly and have considerable repercussions for local suppliers of the dairy sector.

Although doubts about dairy dragged down average responses in the upper North Island, primary industries more broadly are a source of confidence across much of the country. On top of the 28% of respondents shown in Graph 2 who mentioned agriculture or the primary sector as an opportunity for employment growth, horticulture and forestry were also each specifically identified by 16-20% of respondents. In total, over half of all respondents mentioned some aspect of primary production in their opportunities, with a few others identifying the associated processing of primary products as a positive. This primary sector optimism makes sense given the current strength of export commodity prices. However, we note that the opportunities the primary sector offers for employment growth do not appear to be enough to outweigh other factors weighing on the outlook in rural areas.

One of the negatives keenly felt in rural areas is the threat posed by online retailing. Particularly in smaller towns, shops don’t have the size or customer base to carry a wide range of stock, and they are likely to operate with higher cost structures than the nationwide chains found in larger towns and cities. Online retailing has opened a world of possibilities for rural consumers, but this change has often come at the expense of existing local firms. This pressure on the local business population has the potential to accelerate the loss of services in areas that might already be struggling with a stagnant or shrinking population.

The two most commonly cited threats to employment growth were labour supply and a drop-off in immigration. These threats were identified evenly across the country, both geographically and in terms of an urban/rural split. With the unemployment rate down at 4.5% and the supply of labour set to be squeezed further by tougher immigration rules, there is clear concern that the economy’s growth over the medium term is going to be limited by a lack of workers.

In terms of generating employment opportunities, the two most common factors were construction and tourism, mentioned by over 50% of respondents. Both industries have grown strongly over the last 4-5 years, and we can understand the sentiment that they still have more to give in terms of jobs and economic activity. But we caution that the strongest growth in the construction and tourism industries may have already passed. Population growth and underlying demand for housing are set to slow as migration eases due to changes in government policy. And the tourism sector is grappling with slower expansion of the Chinese market, as well as hitting capacity constraints due to the rapid growth of the last few years.

The final employment opportunity commonly identified by respondents was health, social services, and aged care. Although there was a spread of responses across areas with various levels of urbanisation, there was some skew in the responses towards areas with larger population bases. The opportunities offered by aged care in urban and provincial centres aligns with the aging population and the growing trend of more retirees wanting to remain close to their existing social networks and the superior services offered by larger towns and cities.

Overall, employment prospects are robust over the next four years around New Zealand, with supply rather than demand for labour likely to be the biggest limiting factor. To ensure the best possible growth is achieved, local authorities and economic development agencies will need to develop strategies alongside businesses and the community to source workers and facilitate economic growth in key areas. With these strategies in place, we can provide information and data at an industry and area-wide level, enabling regular monitoring of progress towards goals.

For more Information about Infometrics’ detailed regional and industry forecasts please contact Benje Patterson, Senior Economist, at benje@infometrics.co.nz or on 027 469 4837