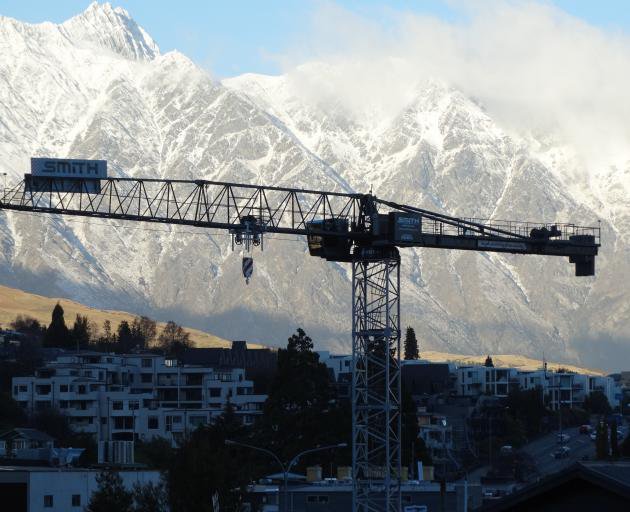 Our graph shows that, for the June 2017 year, total construction activity in Auckland sat 43% above its ten-year average. Even with capacity constraints limiting residential activity, further growth of almost 20% is expected by June 2019. A forecast retreat in work from mid-2019 until 2022 would still leave Auckland’s activity 8.5% above its 2017 level.

Proving there’s life outside Auckland, our graph also includes forecasts of construction activity across New Zealand’s other regions as a proportion of work over the last decade. In the Bay of Plenty region, Auckland’s “halo” effect has boosted the housing market to activity levels we believe are unsustainably high. Non-residential construction in Bay of Plenty, backed by both private- and public-sector funding, is also currently at elevated levels, and is forecast to ease from 2018/19.

Housing in Waikato has faced similar drivers as in Bay of Plenty, but activity appears to be at a more sustainable level. Higher costs for staff and land in Auckland are likely to continue business relocations into the Waikato region, particularly as infrastructure improvements associated with the final stages of the Waikato Expressway are completed. We see plenty of room for growth in private-sector non-residential construction work.

Wellington faces growth in construction activity across all building types over the next 2-3 years. The region’s housing shortage will underpin increases in residential activity, while seismic strengthening and the replacement of buildings damaged in the November 2016 Kaikōura earthquake will boost non-residential construction.

The outlook for Otago resembles Bay of Plenty. Queenstown-Lakes is currently enjoying a building boom due to the strong tourism sector and rapid population growth. However, the area’s housing market is showing early signs of a slowdown, and building activity is expected to ease from later this year. Construction of a new hospital in Dunedin could temporarily arrest Otago’s decline during 2019/20.

Outside these main regions, there is more scope for growth in construction activity to last until 2020. Improved dairy prices and high commodity prices for most other exports will flow through into increased economic activity and construction work in the provincial areas that have previously lagged the main centres. This growth doesn’t imply a boom of the same magnitude as Auckland or Waikato, for example, but will be welcome relief for areas such as Hawke’s Bay or Southland that previously have been subdued.