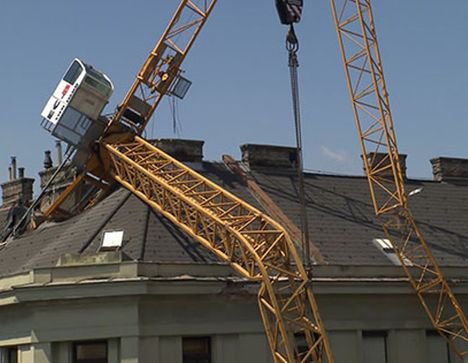 Another construction firm bites the dust

The placement of Ebert Construction in receivership continues the trail of woe in the non-residential construction industry. Businesses in the industry seem to be facing ongoing profitability problems, as reflected by the difficulties experienced by Fletcher Building and Hawkins (among others) over the last couple of years. Yet these problems are occurring despite total construction activity growing by an average of 5.6%pa since mid-2011 (see Graph 1).

Back in April, we discussed some of the possible factors behind Fletcher Building’s financial problems, which meant the company decided not to bid for further vertical construction work. These factors included:

Discussion surrounding Ebert’s demise suggests that the last factor is a key challenge. At first glance, labour capacity pressures should be less problematic for the non-residential subindustry than for its residential counterpart, given that non-residential construction is significantly less labour-intensive. But labour shortages and infrastructure bottlenecks are creating delays with getting concrete and other products to site. And in an industry where people can be booked up for weeks in advance, delays in one part of the project can have significant knock-on effects – busy subcontractors can’t simply be rebooked to do the work tomorrow.

These problems are most acute in Auckland. According to PwC, which is acting as Ebert’s receivers, projects in the stretched Auckland market have primarily been the “poorly performing” ones and needing “likely substantial increases in the expected costs to complete”.

Furthermore, the industry faces an increasingly competitive and costly environment for labour. Economy-wide employment has grown 3.7% over the last year, and with the unemployment rate down at 4.5%, labour shortages have become more widespread. Even with the government now recognising that more foreign workers might be necessary to meet demand in the construction sector, capacity pressures are not going to ease anytime soon.

Who pays for delays?

Yet Ebert’s collapse suggests that, if anything, we should be paying more for buildings, particularly in Auckland. That assertion is an unpalatable one for people wrestling with highly unaffordable housing, where building costs are routinely mentioned as a factor contributing to soaring house prices. Even in the non-residential space, low property yields and an inability to push rents much higher in some areas are limiting the ability of developers to make new developments stack up financially.

The reality is that someone must pay for a mix of labour resource shortages, inadequate infrastructure, and poor project management. Labour cost increases have largely (but perhaps not totally) flowed through into the final build cost. The costs of poor project management are exposed by the heavy losses suffered by several construction firms in recent years. But the range of firms experiencing these losses suggests that other factors, such as infrastructure bottlenecks, are at play as well.

In Auckland, at least, construction costs need to rise to give building firms a buffer against the delays and associated penalties that are virtually unavoidable in the current business environment. Serious questions must also be asked about the way contracts are structured and whether the magnitudes of the penalties being included are appropriate.