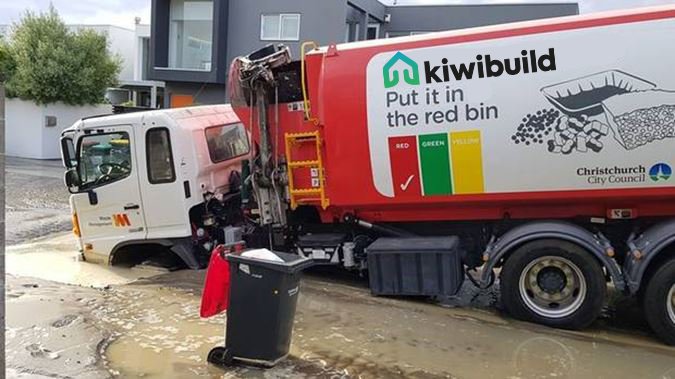 Giving up on KiwiBuild, but housing’s affordability crisis remains

Fixing New Zealand’s housing affordability crisis was one of Labour’s key policy goals going into the last two elections. But KiwiBuild has been conspicuously absent from the government’s vocabulary in recent months, and yesterday’s Budget was no different. The government might not have given up trying to improve housing affordability, but it seems to have realised that KiwiBuild is not the answer to the problem.

The bulk of the additional $90m per year allocated to Housing and Urban Development in the Budget will go towards emergency and transitional housing. It’s not sensible to throw good money after bad, so the silence on KiwiBuild is welcome. It’s far better to fund initiatives, such as Housing First, that are effective in addressing issues of homelessness than to subsidise new housing for the middle class.

Minister Phil Twyford is not short of cash to use for KiwiBuild’s supposed “recalibration” anyway. Just 101 KiwiBuild homes have been completed – and the majority of those had already been financed by developers and were under construction before Mr Twyford put a KiwiBuild sticker on them. So it’s not like the government has used much of the $2b of capital set aside for the programme. Even by July 2020, the government only expects to have completed 1,535 homes, which is woefully short of its initial target.

The fact that over 10% of the small number of completed KiwiBuild homes have failed to sell reiterates the policy’s poor design. The government’s limitation on potential buyers to first-home purchasers has been sorely exposed in Wānaka, where property prices are determined by demand from high-income professionals looking for a holiday home or a place to retire, rather than local workers’ incomes. In Christchurch, an oversupply of housing following the quake rebuild meant that the city and surrounding areas should have been one of the last places considered for KiwiBuild. And some houses have even struggled to sell in Auckland, which is arguably the most undersupplied market in the country. Put simply, KiwiBuild is offering the wrong type of houses, in the wrong locations, at the wrong price, to an overly restricted pool of buyers.

What should the government do instead about housing affordability? The biggest driver of high house prices over the last 20 years has been soaring land costs. The upward pressure on property prices during this decade’s housing boom was exacerbated by capacity constraints within the construction industry, meaning supply couldn’t keep up with demand. KiwiBuild’s premise of boosting the residential build rate by 10,000 homes per year was supposed to address that undersupply problem – except the government didn’t identify any practicable way to overcome the industry’s capacity constraints and ensure that more homes are actually built.

Hope remains that some of the problems around land costs will start to be addressed by Kāinga Ora – Homes and Communities, the government’s new urban development authority. Cabinet papers have suggested that Kāinga Ora could open up the supply of land by overriding the Resource Management Act and local council plans in some situations. The agency could also overcome infrastructure bottlenecks that are holding back development in some areas by taking on debt and funding vital infrastructure projects itself. These measures could significantly boost the supply of land available for residential development and reduce the burden that land costs are placing on housing affordability.

The cash-strapped nature of many local councils means that something needs to change in the infrastructure space. Kāinga Ora could signal the start of more central government involvement in local infrastructure provision, having left local councils to their own devices for the last 30 years.

But don’t hold your breath. Yesterday’s Budget showed the government’s infrastructure focus is still mostly on its ideological favourite of rail. And much like KiwiBuild, ambitious infrastructure policy initiatives have not progressed as quickly as the government hoped, due to big gaps between the government’s grand plans and the economy’s resources and capacity to deliver. Perhaps that’s no coincidence: Mr Twyford is the minister responsible for both the housing and transport portfolios.