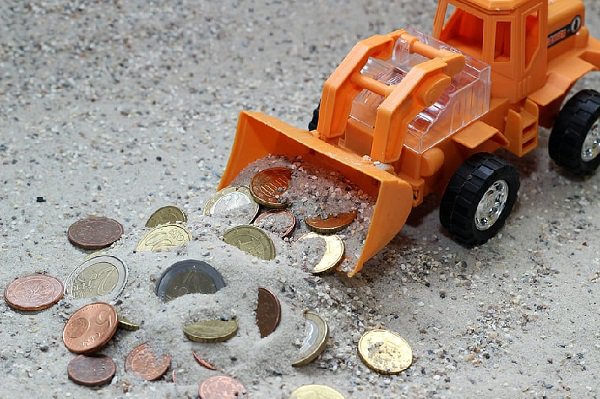 Continued calls for infrastructure investment and shovel-ready projects have yet to be matched with actual spending, but this problem isn’t a new one. Infometrics’ analysis of international data shows that New Zealand has been investing in infrastructure at a lower rate than other comparable countries for the last 30 years.

A sizable rise in expenditure is needed to make up for the previous underinvestment in infrastructure assets in New Zealand. With sewage running down the streets, water restrictions abounding, and housing needs still high, what is usually a problem literally buried out of sight and out of mind is now firmly in the public eye. Without action soon, New Zealand could be staring down the barrel of a looming collapse of critical infrastructure networks.

A constant effort to underinvest

Data from the OECD goes some way towards confirming New Zealand’s lacklustre infrastructure performance. Chart 1 shows that New Zealand’s per-capita investment in other (“non-dwelling”) buildings and structures 1 over the last 40 years has consistently been below that of Australia, Canada, and the US, and generally lower than the UK as well.

Not all this gap can be put down to network infrastructure. Australia’s mining boom between about 2002 and 2012 clearly influences the numbers, with massive mining capex occurring on the back of soaring hard commodity prices boosted by Chinese industrial demand. A similar phenomenon is likely to have boosted Canadian investment figures due to investment in the oil and gas industry.

It must also be noted that the data includes non-residential construction, which Stats NZ data shows has represented between 42% and 70% of this OECD spending category in New Zealand since 1988. To a degree, concerns over the quality of education and hospital buildings are captured in this lower spending per-capita. But even then, New Zealand’s non-residential building stock doesn’t usually get accused of being run down and underinvested in as much as infrastructure assets.

Furthermore, even with the tail of the commercial property boom in the late 1980s boosting non-residential construction to exceptionally high levels, per-capita spending on total non-dwelling construction (including infrastructure) still fell well short of Australia, Canada, and the US.

New Zealand has a way to go before we pull ourselves up the international rankings. Chart 2 shows the latest non-dwelling investment figures for a range of countries for 2018. New Zealand lies in the bottom half of the pack, which is a fair reflection of our longer-term performance. Several countries with a lower GDP per capita regularly spend more on non-dwelling construction, including Chile and Estonia – countries that are hardly recognised as economic powerhouses.

The shovels are ready – where are the projects?

New Zealand’s underinvestment in infrastructure is part of the reason that our housing outcomes are so poor. Low investment has left land supply locked up without services able to be connected, limiting development. Just as importantly, a lack of reinvestment in aging assets means that depreciated assets whose useful lives have finished are still is use. There’s a lot of work that could be done in the infrastructure space.

And yet, the timeframe for shovel-ready projects seems elusive and out of reach. To provide certainty to the wider construction sector, announcements are needed in days and weeks, not months. Any further delays risk more job losses in the sector and create potential for workers to head overseas for work. Australia already had a substantial infrastructure investment programme prior to COVID-19, and there is a rising risk that the work available in Australia takes New Zealand workers and leaves us with too few people and resources to complete the eventual pipeline of work.

1 The official definition of the “other buildings and structures” category includes most non-residential buildings, roading, water assets, communications and power assets, and mining elements.