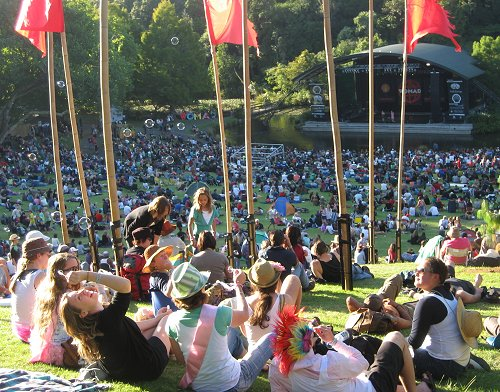 Which is New Zealand’s most creative city?

As the home of the Royal Ballet, State Opera and New Zealand Symphony Orchestra, Wellingtonians love to claim that their city is the most creative in New Zealand.  But Aucklanders would argue that their city has more cultural institutions than Wellington, more events and much bigger audiences.

According to our Boho measure of creativity, Wellington is truly New Zealand’s most creative city.  The Boho measures the proportion of a city’s workforce that is involved in creative and artistic occupations and industries. In Wellington City, 6.4% of the population are employed in the creative sector, compared with 4.8% in Auckland. In fact Queenstown pips Auckland into third place with 4.9% of its workforce in the creative sector. 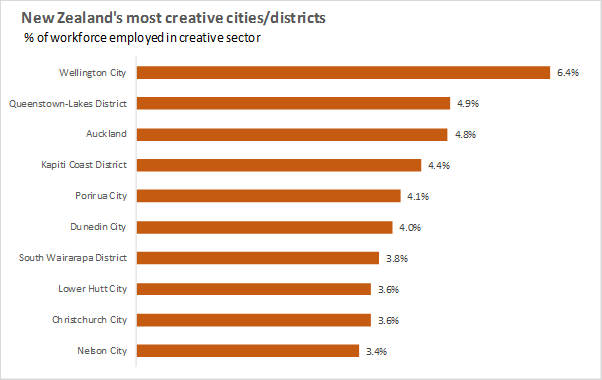 Professor Richard Florida, during his time at the Carnegie Mellon University in the US, popularised the Boho measure. He tried to demonstrate a link between the creative arts and economic development, especially in the areas of high technology.  He argued that a vibrant artistic community is a necessary condition to attract talented people to fuel the knowledge economy.

Florida calculated a Boho Index for the 50 major cities in the US. His analysis showed that there is a strong correlation between the proportion of Bohemians in a city and the strength of its high tech industry.  Ten of the top 15 bohemian cities number among the nation’s top 15 high technology areas.

The creative sector has taken on a new importance in New Zealand with the increase in remote working. Many high-skilled jobs can now be conducted remotely with improvements in technology and changing mindsets of employers. An increasing number of professionals are moving out of the large centres to the provinces to take advantage of lower house prices, opportunities for rural lifestyles and being closer to family.

Districts and regions around New Zealand need to compete for these remote workers who can make a considerable contribution to local economies. Districts without any cultural amenities won’t get a look in with many big city refugees. When local councils are making funding decisions around cultural infrastructure they should be conscious of the impact that a creative environment can have on their local economy.

The creative sector has been measured using Infometrics online Sector Profiles. We have defined a sector which includes a range of creative industries (eg motion picture and video production, performing arts operation) and occupations (eg musician, architect). The online profile provides a wide variety of indicators for the creative sector including employment, contribution to GDP, demographic characteristics of the workforce and earnings.