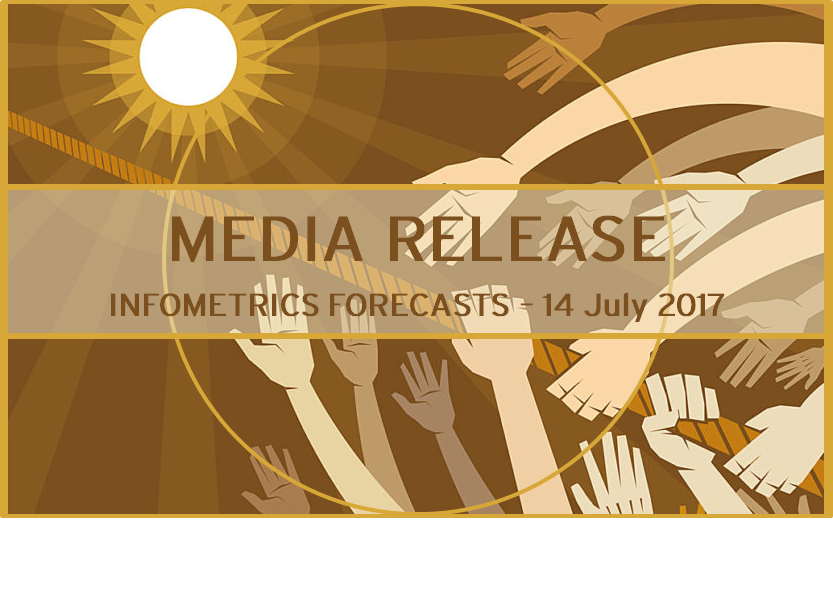 New Zealand’s economic growth is being constrained by shortages of labour in key areas, and this problem will become more widespread if there is a significant and rapid tightening in migration policy following this year’s election, warns Infometrics Chief Forecaster Gareth Kiernan.

Although growth is forecast to rebound during 2018, that pick-up is contingent on the continued supply of labour provided by foreign migrants coming to New Zealand for work, on which businesses have become increasingly dependent.

“High levels of immigration have undoubtedly contributed to stresses around infrastructure and the housing market, particularly in Auckland,” says Mr Kiernan.

“But employment growth of more than 1.0% per quarter over the last 18 months demonstrates the need for workers across the economy.

“Without these inflows of foreign workers and returning New Zealanders, businesses would have struggled to meet growing demand, and cost pressures would be even more intense in areas such as the construction and tourism sectors,” says Mr Kiernan.

Although the make-up of the government after September’s election is uncertain, many parties favour a reduction in migration over and above the changes implemented since October last year.

A large drop-off in net migration would have negative repercussions for economic growth during 2018 and 2019, constraining activity via higher labour costs.

The inflationary risks associated with these cost pressures would also be likely to compel the Reserve Bank to raise interest rates sooner than would otherwise be the case.

“Given the slowdown already occurring in sales activity and house price growth, this potential cocktail of rising interest rates mixed with a government clampdown on migration would be lethal,” says Mr Kiernan.

“Even with modest increases in interest rates from mid-2018, medium-term growth in household spending will be constrained by high debt levels, which have climbed from 146% to a record high of 167% since 2012.

“Faster lifts in mortgage rates and debt-servicing costs would threaten a jump in forced house sales, hastening a correction in the housing market and hammering consumer confidence,” continues Mr Kiernan.

Infometrics believes that the surge in migration over the last four years could have been more carefully managed, thereby preventing the housing market imbalances from becoming as critical as they have.

Although Infometrics expects net migration to gradually ease over the next five years, a cautious approach is needed to avoid replacing one lot of problems in the economy with a completely new set.

“We’ve been able to attract and retain workers in this country because our growth over recent years has outpaced that in other developed economies,” concludes Mr Kiernan.