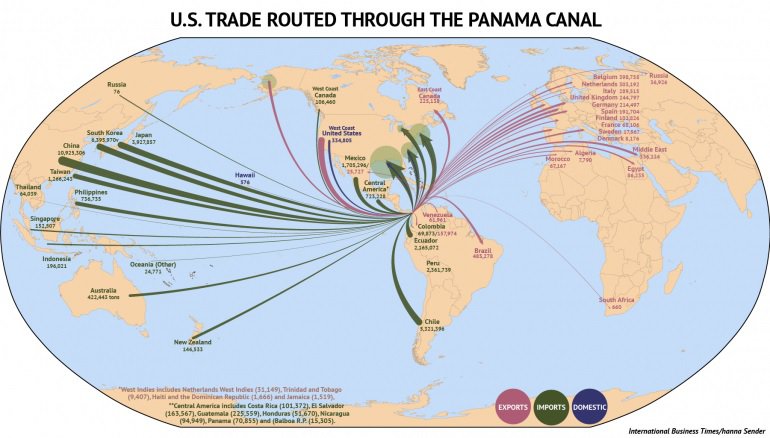 The Panama Canal: mosquitoes, a soft voice and a big stick

A recent visit to Panama City prompted David Kennedy to delve into the events that led to the Panama Canal – one of the most awe-inspiring engineering feats of all time and (perhaps more importantly) a key turning point in global economics and world politics. His discoveries prompt questions about whether the attributes of good leadership have changed over the past 100 years. 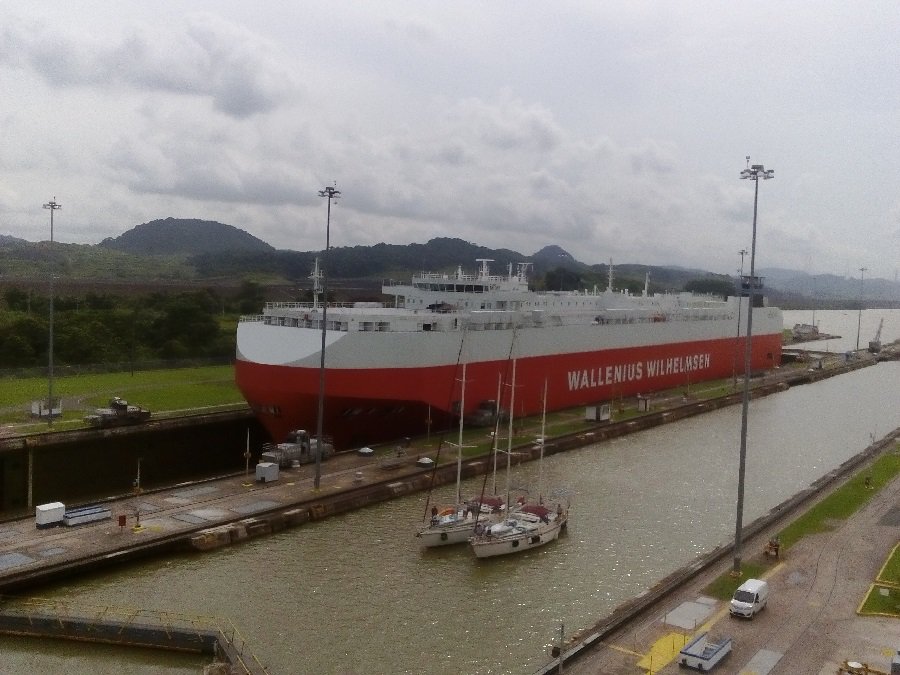 Photograph by the author

A sense of intrigue prompted me to visit Panama City – an oasis of wealth and success in Central America.  I was vaguely aware of its economic and historic importance: it is a metropolis of futuristic skyscrapers, an airline hub, a tax haven, a financial hub, a nexus of global trade, and a United States outpost of sorts.  I knew that all these attributes related, in one way or another, to the Panama Canal.

The Panama Canal was built over 100 years ago.  It enabled ships to cross the narrowest point between the two American continents, hence ensuring that they did not have to take the much longer route around the bottom of South America.  The engineering constructions that enabled those ships to cross that 77 kilometre stretch of land are remarkable in their own right.

But I discovered that the stories of the people who built the Panama Canal were even more remarkable: those people faced a gauntlet of challenges.  However, in overcoming those challenges, they would change the globe forever.

Theodore “Teddy” Roosevelt was the 26th President of the United States.  He was a cowboy, a hunter, a war hero, and a self-styled embodiment of masculinity who was willing to take on anyone or anything who opposed his ambitions.  He broke up railroad monopolies, introduced safe food legislation and created conservation parks.  In later years, he would create his own political party when he did not get his way.

In 1903, Roosevelt directed this ambition toward building a canal in Central America.  The French had already attempted this.  They gave up after 9 years and the loss of 20,000 lives.  But Roosevelt believed that the United States could succeed where the French had failed.

Roosevelt’s initial obstacle was political.  At this point in history, Panama did not exist as a country; it was part of Colombia.   Roosevelt attempted to negotiate a treaty with Colombia to obtain the land he needed for the canal.  The Colombia Senate refused to approve the treaty, holding out for more money.

Roosevelt's subsequent actions were an embodiment of his foreign policy motto: “speak softly and carry a big stick”.  Speaking softly had not worked.  Therefore, Roosevelt encouraged the Panamanians to revolt against Colombia.  The Colombians gave up, no doubt influenced by Roosevelt’s “big stick”: US warships that been conveniently dispatched to the ports on either side of Panama.  These bullying tactics were severely criticised by many US citizens, and justly so.  But as far as Roosevelt was concerned, Panama was now an independent country and free to negotiate a treaty with the US.  The Panama Canal would now go ahead.

John Frank Stevens began life a tanner and farmer but he transformed himself into a self-taught engineer, driven by a self-described "bull-dog tenacity of purpose."  He rose through the ranks of the Dutch, South Shore and Atlantic Railway to become a general manager.  He built thousands of kilometres of railway through the US Northwest, drawing on a combination of technical skills and imagination.

In 1905, Stevens was hired as chief engineer for the Panama Canal.  He immediately dismissed with any impeding bureaucracy and demanded a direct line of communication to President Roosevelt.  His “no-nonsense” approach set the foundations for success.

Stevens’s first obstacle was geography.  He concluded that cutting a sea-level channel all the way through the Panama was impossible because the land was too mountainous.  But his engineering expertise gave him confidence that a combination of dams and locks would work: a series of locks would lift ships up 26 metres above sea level, the ships would then navigate through a huge man-made lake, and then the ships would descend back down on the other side, via another series of locks.

Stevens’s second obstacle was the magnitude of the project: communities and infrastructure needed to be built before work could start on the canal itself.  The digging, he would say, “is the least of all”.  He built communities with houses, schools, hospitals, churches, and hotels.  He built warehouses, machine shops, and piers.  Perhaps most importantly, he built a railway; after all, there was no point digging up dirt unless you had a means of removing it.

William Crawford Gorgas was a doctor in the US Army.  As a doctor, he treated patients with yellow fever – a vile and often fatal disease that caused fever, pain, organ damage and internal bleeding.  He caught the disease himself.  Fortunately, he survived.

In 1904, Gorgas was hired as chief sanitation officer for the Panama Canal.  He immediately recognized that the biggest health threats were yellow fever and malaria: these diseases that had killed at least one third of the French during their failed attempt.

Gorgas’s first obstacle was one of persuasion.  Recent medical research indicated that these diseases were most likely transmitted by mosquitoes, but many people were skeptical of this new hypothesis.  Doctors like Gorgas were often dismissed as crackpots. Furthermore, the costs of his proposed solutions were significant.  But Gorgas put his faith in medical research.  Eventually, he was able to convince Roosevelt to give him the resources he needed to declare war on mosquitoes.

Gorgas’s second obstacle was of strategy.  To be successful in his battle against mosquitoes he would need a comprehensive military-style operation.  He would need extensive sanitation projects, including city water systems, fumigation of buildings, spraying of insect-breeding areas with oil and larvicide, installation of mosquito netting and window screens, and elimination of stagnant water.

In 1905, after two years of hard work, Gorgas had won: he had eliminated mosquitoes, and malaria and yellow fever along with them.

George Washington Goethals was an engineer in the US Army.  Early in his career, he was placed in charge of completing the Muscle Shoals Canal along the Tennessee River.  He proposed building a single lock with an unprecedented lift of twenty-six feet.  This radical proposal was initial opposed by the conservative army engineers, but he was able to persuade them of its merits.  He successfully completed the project, inspiring the eventual adoption of high-lift locks elsewhere, including on the Panama Canal.

In 1907, Goethals was appointed chief engineer on the Panama Canal (replacing Stevens) and given the task of completing the engineering and excavation work.  Drawing on his military experience and expertise with locks, he built an efficient operation that completed the canal in 1914, two years ahead of schedule.

The canal took 10 years to complete.  It cost US$9 trillion dollars in today’s terms and about 5,600 men had died from accidents and disease.  It had required huge sacrifices, but it had also opened up new trade routes for the US, enabled the US to grow economically, created new patrol routes for US warships, and demonstrated the growing geopolitical power of the US.

My reflections: I contemplated these sacrifices as I sat on a boat and watched ships pass each other in a manmade lake spanning 425 square kilometres.  I pondered these stories of ambition, expertise and commitment as I watched the giant Miraflores locks – which still operate today after more than a 100 years of use – as they pumped 200 million litres of water into the docks and lifted up 65,000 tonne ships.

I was struck with the sense that the Panama Canal reflects a different time in history: it was a time when leaders were more ambitious, experts were trusted to develop long-term plans, and people committed themselves to those long-term plans, even when huge sacrifices were required.  Rightly or wrongly, those people profoundly influenced the economic and political course of history.

At the same time, I have a suspicion that, as we look at an uncertain future for the global economy, our future will also be shaped by leaders who are able to demonstrate and elicit the attributes that made the Panama Canal a success: ambition, expertise, sacrifice and commitment. 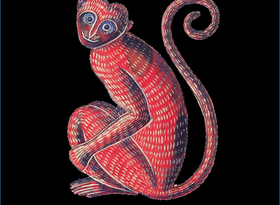