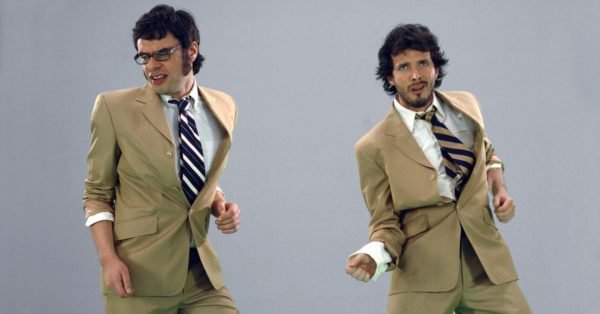 Getting down to business, or getting businesses down?

We have revised down our expectations for GDP growth during 2018 in our latest economic forecasts (see Graph 1). Our previous forecasts, in October, were upbeat about prospects for the New Zealand economy this year, but a range of factors have combined to see that growth outlook soften over the last few months. These factors include persistent capacity constraints in the construction sector, changes in central government’s infrastructure priorities, and dairy prices that have been a bit disappointing.

One of the less tangible changes has been the decline in business confidence during and after the election period. We have discussed this shift in some detail in
Have we lost faith in the economy? We are wary of reading too much into the drop, given that the uncertainty associated with elections usually weighs on confidence temporarily, so some rebound is possible in coming months. Furthermore, own-activity indicators from the surveys have not fallen as far as headline confidence. This divergence suggests that respondents are more worried about the broader economic outlook, a concept that is arguably more nebulous than understanding trading conditions for their own businesses.

During his coalition announcement in October, Winston Peters’ declared that an economic correction was looming. His comments seemed to be a bid to pre-empt criticism of any economic slowdown by asserting that the conditions were already in place before Labour and NZ First came into power. Nevertheless, the fall in confidence has not done the outlook any favours.

Any negative real consequences of lower confidence cannot be completely ruled out. We have revised down our forecasts of growth in both business investment (excluding buildings) and household consumption during 2018. The change in our consumption growth forecasts is minor, down from 3.0% to 2.7%pa for the year. The change in business investment is bigger, with average growth for the two years to June 2019 pulled down from 7.3%pa to 4.2%pa. The full forecasts for these two variables are shown in Graph 2.

The government policy that could perhaps have the single biggest effect on the business environment over the next few years is the proposed increase in the minimum wage from its current level of $15.75/hr to $20/hr by 2021. This increase would be the fastest since the 2005-09 period, and firms have expressed worries that the wage increases will force up costs and constrain their ability to grow. These concerns relate not just to minimum-wage workers, but also to staff paid a little above the minimum wage due to their greater experience. To maintain the necessary relativities, it has been argued that these workers will need to be given similar pay increases.

It could reasonably be claimed that the sizable increases in the minimum wage that occurred under the Labour-led government last decade played little role in forcing up overall wages, business costs, or consumer price inflation. At the time, the labour market was very tight, with the unemployment rate getting as low as 3.3% in 2007. The difficulty of attracting and retaining workers during this period naturally resulted in intense competition for staff between firms and led to strong wage inflation. And we are in a similar situation now.

Over the last few years, the lack of consumer price and wage inflation, in spite of the falling unemployment rate, has been somewhat surprising. Looking forward, our forecasts have been anticipating a moderate pick-up in wage inflation as economic growth continues and the unemployment rate holds below 5%. Bigger increases in the minimum wage might add to the upward pressure on overall wages, and we have lifted our forecasts of wage growth to reflect this policy shift. If nothing else, the new government policy makes it more certain that labour cost growth will climb back above 2%pa (see Graph 3).

Some of the most resounding feedback to our October forecasts related to the outlook for residential construction. We saw persistently strong net migration and Auckland’s ever-growing undersupply of housing as being indicative of massive demand pressures set to fuel further growth in house building activity. In preparing our forecasts, we had tried to take account of labour supply constraints that would limit growth in activity, but the response from people in the construction industry indicated that we had underestimated these labour supply issues. As a result, we undertook some work to augment our standard demand-based forecasts with a supply-constrained model of activity.

The gap between our “constrained” and “unconstrained” forecasts from October last year is shown in Graph 4. Slower growth in consent numbers during 2018 and 2019 was accompanied by a lower peak in activity and a more gradual decline in building work between mid-2019 and late 2021. Some “catch-up” was also evident towards the end of the forecast period as the labour supply constraints were expected to become less binding in some parts of the country.

Our latest residential consent forecasts are also shown in Graph 4. Although the numbers over the next 12 months are almost identical to our previous constrained forecasts, consent numbers peak in early 2019 and are lower throughout the remainder of the forecast period. Over the three years to March 2022, our total consent numbers are now 9,400 below what were previously anticipating.

This downward revision in our consent forecasts reflects the lower net migration outcomes that will kick in from 2019 due to Labour’s policy changes (see Graph 5). Over the three years to March 2022, we expect total net migration to be almost 41,000 people below our prediction prior to the new coalition government being announced. In other words, the reduction in our residential building forecasts is smaller than might otherwise be expected due to the migration rule changes.

The constraints affecting the residential construction sector have significant implications for economic growth. Our October forecasts predicted that GDP growth would accelerate towards a peak of 3.7% at the end of 2018. We now expect economic growth to hover at about 3.0%pa throughout this year, with the limited increases in residential building activity a key factor behind the downward revision.

The recent surge in government consumption looks like some convenient pump-priming by the National government in the lead-up to last year’s election, facilitated by a fiscal position that was firmly back in the black. Such strong growth in government spending is not expected to be maintained, with growth peaking at 5.0%pa in the first half of 2018 before easing back to 2.0-2.5%pa.

Nevertheless, we have revised up our medium-term forecasts of growth in government consumption to reflect the likelihood of more expansionary fiscal policy under the Labour-NZ First administration. In the three years to June 2022, government consumption is now forecast to expand by 2.4%pa, up from the 2.0%pa predicted in our previous publication.

Weakness in government investment spending arguably provides more cause for concern. Admittedly, the recent 3.2% contraction pales in comparison beside the 23% decline in 2000/01 or the 12% drop in 2006/07. But the current lack of new investment also comes at a time when strong population growth has led to mounting pressure on social and civil infrastructure.

Budgetary constraints and high debt levels have limited the ability of local councils to respond to these population pressures. The National government’s $1bn Housing Infrastructure Fund was an attempt to get around these problems for specific projects in the upper North Island and Queenstown. The $1bn Regional Development Fund, agreed between Labour and NZ First, looks likely to be mostly swallowed up by investment in infrastructure as well.

But two factors will limit growth in government investment spending in the near term. Firstly, there are few concrete plans yet for how the Regional Development Fund will be used, which will delay any spending. Secondly, the new government’s preference for rail projects over roading means a lot of work needs to be done in planning, design, and obtaining consent for flagship infrastructure projects.
Wanting to spend, but needing to plan
elaborates on the likely delays to infrastructure spending due to this change in priorities.

As a result, we have revised down our outlook for government investment spending throughout the forecast period. Growth is now expected to average 1.5%pa over the five years to June 2022, a dip of more than two percentage points per year compared with our previous forecasts.

The export outlook is a mixed bag

Prospects for the export sector throughout 2018 still look reasonably bright. ANZ’s NZ-dollar commodity price index hit a six-year high in November, with buoyant export prices across the board. But dry weather conditions and some recent volatility in dairy prices have raised doubts about how much stimulus the dairy industry might add to provincial economies over the coming year.

Fonterra’s forecast pay-out for the current season is sitting at $6.40/kgms, but dairy prices at the moment are more consistent with a pay-out in the $5.90-6.20/kgms range. Dairy production for the season to date is up just 0.4% from 2016/17 and down 3.1% from 2015/16. So although the average dairy farmer will be comfortably profitable this season, aggregate incomes for dairy farmers will fall short of what we had previously hoped.

Near-term prospects for other goods exports are positive, but the potential for growth over the medium-term appears more limited. The amendments made to the National Policy Statement for Freshwater Management in August last year put more stringent targets in place for improvements in water quality, and the new government is set to further tighten the standards this year. These changes are likely to limit the ability of farmers in some areas to further intensify their operations, thereby constraining growth in agricultural export volumes.

It is also unlikely that the strong growth in services exports of the last few years will continue. Tourism received a one-off boost during 2017 from the World Masters Games and the British and Irish Lions tour, but slowing growth in the Chinese visitor market is set to be the dominant trend over the next couple of years.

Problems arising from a lack of capacity for further growth in the tourism sector remain prevalent. More importantly, these problems appear to be spreading from physical infrastructure issues such as the availability of accommodation or rental cars – issues that are relatively easily resolved. There are now increasing concerns that New Zealand’s image of green isolation is starting to be compromised by the sheer number of tourists. As we have previously signalled, the rapid growth of recent years risks undermining the key selling point of this country’s tourism experience.

Forecast growth averaging 3.9%pa in tourist numbers over the five years to June 2022 reflects these difficulties faced by the sector. The obstacles to further growth are key to the outlook, despite some improvement in prospects for economic growth in our two largest markets, Australia and China.

In a further blow to services exports, the foreign education sector will also come under more pressure as the new government clamps down on immigration of foreign students. The effects of policy changes in this area are most likely to come through from 2019 onwards as the government looks to reduce the number of students taking lower-level courses.

Total export growth is predicted to peak at around 4.0%pa in the first half of 2018, before easing back to the 2.0-3.0%pa range throughout the rest of the forecast period.