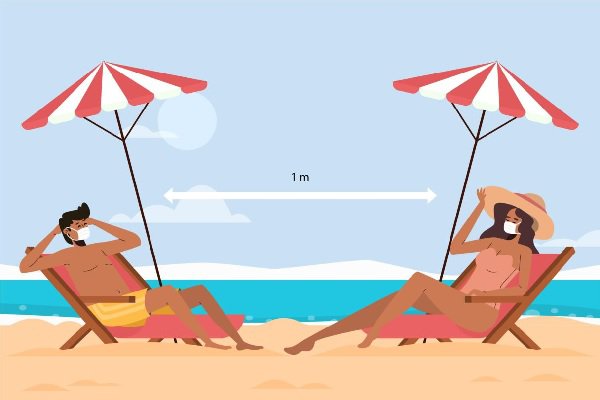 Having put the shitstorm that was 2020 behind us, it’s time to consider how much the economy, and life in general, will return to normal by the end of 2021. Our updated economic forecasts will be published in early February, and our outlook for the next 12-18 months will be considerably stronger than we were previously anticipating. However, the uncertainty around that outlook remains highly elevated. This article canvases some of the key factors that will determine outcomes in 2021.

The new COVID-19 variants that have emerged in the UK, South Africa, and Brazil highlight the difficult nature of the battle against the virus. After half-hearted on-and-off containment measures throughout 2020, this more contagious variant has forced the UK into a full-scale lockdown. Many other countries have been ramping up their policy responses to COVID-19 during the last few months. According to the Oxford COVID-19 Government Response Tracker, several countries, including Japan, Germany, and Turkey, now have the most stringent measures in place since the virus appeared.

These trends highlight that living, working, and trading conditions around the globe are still being heavily affected by COVID-19. The latest GDP data, in Chart 1, shows that economic activity in most of the major economies is sitting between 2% and 6% below pre-COVID levels. Travel and other leisure activities continue to be heavily limited, and these activities are being avoided by many people even where government restrictions are not in place. Industrial production also remains patchy given COVID-19 constraints, and supply chains remain under significant strain.

Amid this environment, New Zealand’s export income potential over the coming year is uncertain. ANZ’s commodity price index shows that world prices for our meat exports have fallen 20% over the last year (albeit from an unsustainably high level). Dairy prices have dropped 5.1% over the same period, but horticulture prices have lifted 9.5% and forestry prices are more or less flat.

We continue to work on the assumption that export prices will mostly be capped by soft demand in our traditional higher-end markets such as the UK. Exporters will still be able to sell product by pivoting towards other markets, but Chinese consumers are unlikely to pay as much for our meat, for example.

Amid this environment, we note China’s trade stand-off with Australia is also creating opportunities for some of our exporters, in areas such as timber, wine, and coal.

Vaccination and the border closure

Vaccines have started to be rolled out in several countries, including Israel, the UK, and the US. Political expediency is one of the factors behind Israel’s rapid push, with an election due to be held in late March. But for most countries, the ongoing battle against the virus, including escalating case numbers and renewed lockdown measures, mean officials have little choice but to get vaccinations underway as soon as possible.

In reality, vaccine production constraints and the logistics of setting up and rolling out mass immunisation mean that global vaccination will be a long and ongoing process throughout 2021 and is likely to stretch into 2022. We are currently working on the assumption that New Zealand’s border will essentially remain closed throughout this year, although it is possible that people with COVID-19 immunisation certificates will be allowed to come into the country later in 2021. New Zealand’s strategy of elimination means that a more wholesale opening of the border cannot occur until the bulk of our own population has been immunised, which seems unlikely to be before the end of this year. Our own vaccination programme is moving slower, and will start later, than the programmes many other areas, which will also delay further changes to border settings.

The much talked about Trans-Tasman bubble also remains elusive due to sporadic COVID-19 outbreaks in Australia. We anticipate that an arrangement could be in place by mid-2021, although some limitations might remain in place. Air capacity is also initially likely to be well below pre-COVID levels, and there will be a lingering element of caution among some people that could limit travel numbers after the early flurry of activity subsides. We also anticipate that travel will remain more expensive post-pandemic, which will temper some of the demand for overseas travel (both to and from New Zealand).

Supply chain issues were a dominant feature of our discussions with clients in late 2020. Some of these troubles related to the renewed lockdowns in Europe, which were limiting the manufacture and distribution of componentry and products. However, the bulk of the problems were being caused by the lack of available freight capacity coming to New Zealand.

Disruption to routes from COVID-19 meant that ships and containers were located in the wrong parts of the world. Shipping companies were reluctant to come to New Zealand because of the additional time and expense caused by our COVID-free status and consequent border requirements. And for those ships that did arrive, throughput was limited by these border requirements, meaning additional delays for products arriving from offshore.
There was some hope that the traditionally quieter shipping period around Chinese New Year might allow some of these logistics issues to be rectified. Vaccine rollouts internationally might also lead to more streamlined shipping and border processes, but it seems unlikely that trade flows will be free or unfettered before the middle of this year.

There has been little evidence in retail prices to date, but shipping costs were pushing upwards late last year, threatening to flow through into a pick-up in consumer price inflation. As a result, both businesses and consumers could find increased cost pressures over the next few months. However, the Reserve Bank is likely to view any price pressures as temporary and therefore won’t adjust monetary settings.

Housing affordability remains a source of massive concern for policymakers and a significant proportion of the public. Initially when COVID-19 struck, we expected widespread job losses to lead to a double-digit decline in house prices. As those fears of mass unemployment have dissipated, so has the likelihood of any fall in property prices.

Demand for property has also surged due to record low mortgage rates. The resilience of the economy to date suggests that further interest rate cuts, or any other monetary stimulus, might not be necessary. But interest rates are unlikely to head upwards in the near future, meaning that investors will continue to chase the better returns that housing (or shares) potentially offer.

The big drop-off in net migration and population growth should take some heat out of the housing market in 2021. The reintroduction of the Reserve Bank’s loan-to-value ratio restrictions should also have some effect on the market, although a 30% deposit requirement for investors is probably not stringent enough to fully quell demand. Expect house prices to be higher, and housing affordability to have worsened further, by the end of this year.

Although the housing market has shown no signs of slowing to date, MBIE data shows that annual growth in weekly consumer spending has been negative since the start of November. Apart from a rally during the Christmas and New Year holiday period, this softness is being reflected in domestic electronic card spending, and it is not just being caused by the continued drop-off in spending on international cards in New Zealand.

The post-lockdown spending splurge will have felt good for retailers, but Chart 2 shows that it was not enough to make up for the lack of revenue during lockdown. With the period of “catch-up” seemingly over, only food and liquor retailing (up 10%) and home and recreation retailing (up 1.3%) recorded an increase in total sales since the start of February 2020. Most store types recorded total sales declines of 15-20%, with tourism and leisure-related stores posting even larger drops.

Spending patterns over the next few months will be critical for the economy’s performance later in the year. February and March will be particularly important for tourism businesses, with fewer Kiwis taking holidays than in December and January, and a lack of international visitors during what are normally peak months. The general willingness of consumers to maintain their spending, or not, will also determine the ability of firms to maintain their revenue and staffing levels.

This year won’t be a simple return to normal, but the path ahead looks to be more upbeat than we’d previously expected. Many uncertainties remain that could derail the recovery, but a better starting position is providing more confidence to households, businesses, and the government. With vaccines starting to roll out, action is now switching from response to recovery. But not everything will revert to pre-pandemic trends, and we expect structural changes to the economy will continue occurring throughout the next few years. 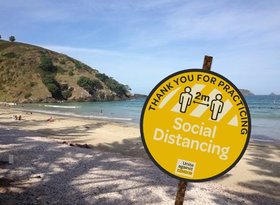 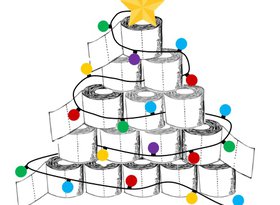