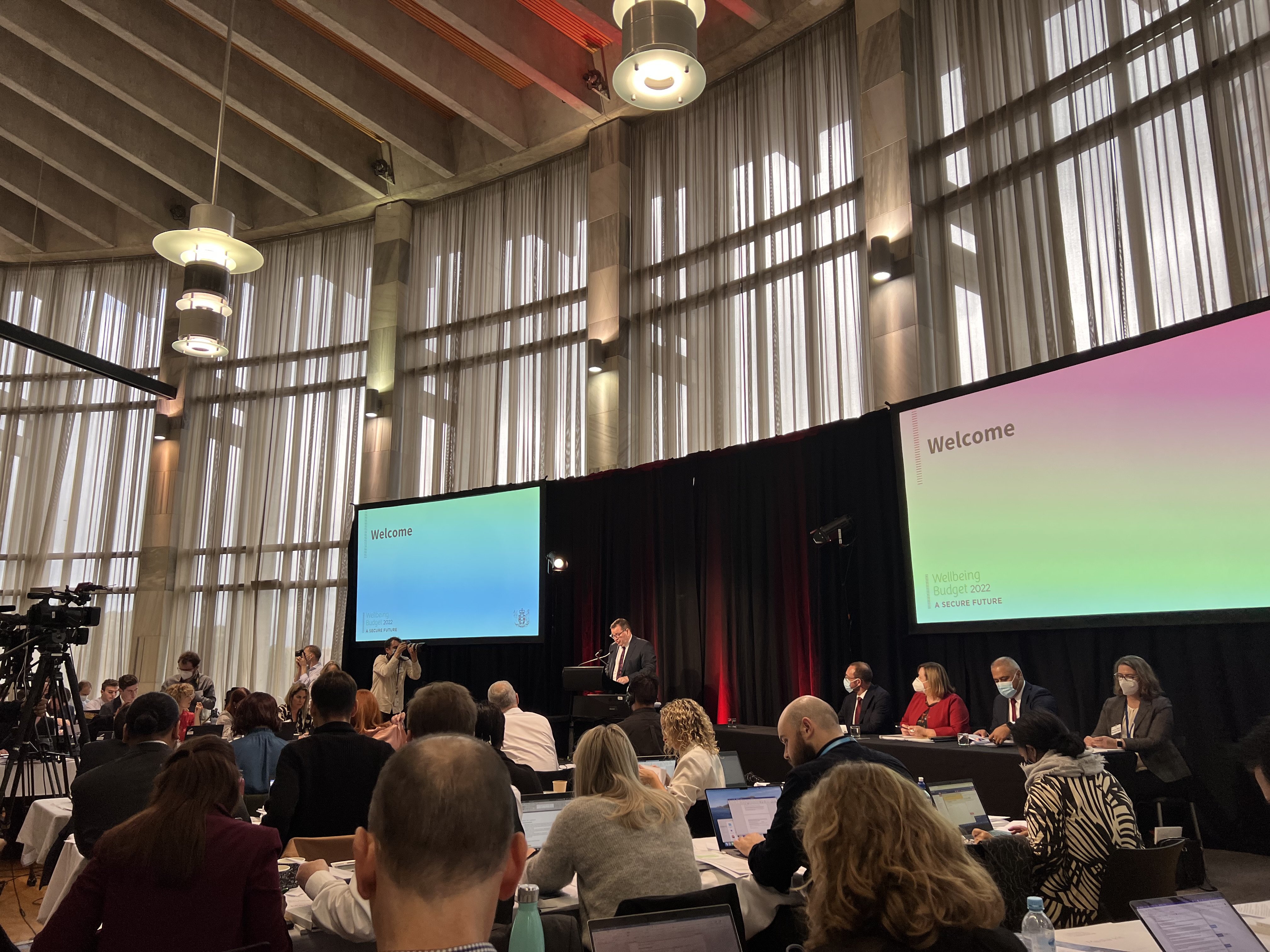 Chart of the Month: Inflation “principal economic challenge” in Budget 2022

Budget 2022 revealed not only the Government’s plans for the year ahead, but also new forecasts from Treasury of the economic outlook for New Zealand. They present a concerningly persistent level of inflation, with substantial flow-on effects for households, businesses, and the Government’s own funding.

Inflation set to be higher for longer

Treasury warned in its Budget Economic and Fiscal Update (BEFU) that “Inflation has surfaced as the principal economic challenge in New Zealand and abroad… driven by strong domestic demand pushing up against constrained supply, which in turn has been compounded by the Russian invasion of Ukraine.”

The phrasing from Treasury is subtle but important, highlighting domestic factors are more critical over the longer term than more transitory global factors. That view is backed up in Treasury’s forecasts, with non-tradeable (domestic-based) inflation remaining higher and driving headline inflation over the next few years.

As our Chart of the Month shows, Treasury now expect inflation to head higher and remain higher for longer. Inflation is still expected to be above 5% until late 2023, and above 3% until the start of 2025. Those forecasts are quite incredible, with Treasury not expecting the Reserve Bank to be able to wrestle inflation back to within the Bank’s 1-3% band for another two-and-a-half years.

The BEFU 2022 forecasts add the equivalent of two years of additional mid-range (2%pa) inflation to the forecast track, compared to the forecasts in December 2021’s Half Year Economic and Fiscal Update (HYEFU 2021).

Inflation – and the government’s response to support households – was in the spotlight on Budget Day. Our team provided substantial comment on the Budget, including a Seven Sharp interview on what the budget means for households, full Budget review panel on Newstalk ZB, a cost of living review on Newshub, expert reviews with RNZ Checkpoint and Nine to Noon, Stuff coverage on Treasury forecasts and the Cost of Living payment, and a further discussion on household support on Today FM’s Tova show.

We also honed in on what the inflation forecasts mean for households, with prices set to stay high despite household support ceasing at the end of 2022. Principal Economist Brad Olsen’s opinion piece in the Sunday Star Times sets out the inflation conundrum for the government:

Brad also detailed the tricky position the government has with its finances in a piece for Newsroom. Inflation makes the cost of government delivering goods and services expensive too, with less additional money set aside than will be needed to meet cost pressures in 2023, as discussed here: