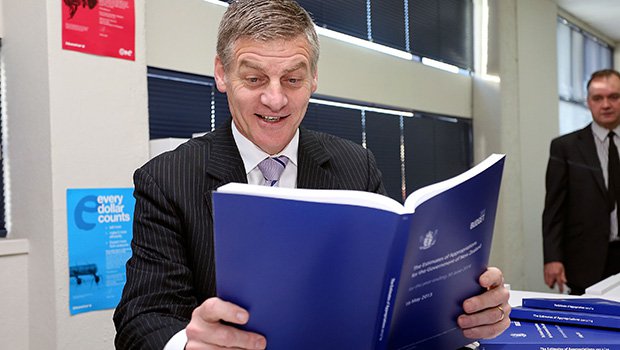 Searching out opportunities in the Budget for Infometrics clients

The Budget mapped a predictable path of growing surpluses, with an expanding economy ensuring growth in the overall tax take outstrips the lift in spending. The operating balance before gains and losses is expected to gradually expand from a $414m surplus last year to a $6.7bn surplus by 2020, with economic growth averaging 2.8%pa over the same period.

Rather than focusing on the general headlines that you will have heard from the media, let’s consider what the Budget really means for our key clients across the building, transport, and education sectors, as well as those in the regions.

There were several major policies the Budget that those associated with the construction sector should take note of.  These policy announcements centre on education building work, social housing, and freeing up crown land in Auckland for development.

Education building : As part of $727m allocated to capital spending on school property over the four years to 2020, there was $271m of new capital funding announced for building new schools and expanding existing schools. A significant proportion of this new investment will be in Auckland where population growth is highest.  There is also still $128m of capital funding for the Christchurch schools rebuild programme over the next four years.

Social housing : An additional $200m over four years will be spent on increasing the number of social housing places in Auckland and increasing accommodation supplement payments.  Given the Government’s previous signalling of wanting the private sector involved in this space, it is possible that some of this money for new housing could be thrown the way of private housing providers.  The increase in accommodation supplements will help support rental demand, ultimately meaning more money for landlords.

Auckland housing : A further $100m has been allocated to free up surplus Crown land for housing developments in Auckland.  But at this stage the announcement is a little meaningless as it does not stipulate how much land, how dense it will be developed, and what the timeframes for release will be.  Keep an eye out for more details on this front, particularly once the Auckland Unitary Plan is finalised in August and the Government has issued its National Policy Statement on Urban Development.

The major projects affecting the transport sector over the next four years centre on new funding for roading projects in regions and a lift in funding for KiwiRail.

Regional roading : $115m has been allotted to previously announced roading projects in Gisborne, Marlborough, and Taranaki.  These projects will not only provide work for civil construction and engineering firms during the construction phase, but transport operators will benefit from better roads and shorter journey times in these areas.

Rail : An additional $190m will be injected into improving the operation of KiwiRail’s national freight network. It is unclear in which areas this funding will be targeted. The Government signalled that it is committed to rail, but that such elevated levels of subsidisation should not be expected in future

Aside from the significant investment in school building work discussed above, there was a $257m boost to operating funding in the tertiary education sector as part of Budget 2016’s Innovative New Zealand package. There were a number of aspects to this policy, so we won’t delve into them all, but will highlight a few that clients of our sector and demographic profiles should take note of, as the profiles will help when building business cases for funding.

Higher fees subsidies : There will be $86m over four years provided for increasing the subsidies at degree level for science, agriculture, veterinary science, and undergraduate medicine.  Tertiary providers offering sub-degree offerings at level 3 and above will also see a $37m lift in subsidies.  The lift in subsidies will give providers the incentive to investigate if there is a business case for expanding course offerings in the targeted subject areas.

More apprenticeships : A $14m fund for 5,500 more apprentices by 2020 had previously been announced, but is worth highlighting all the same.  Alongside this apprenticeship funding has been another $11m given to fund workplace literacy and numeracy programmes.

Free foundation education : $15m has been allocated to making foundation education at levels 1 and 2 free from 2017.  This fund means that second-chance learners at tertiary providers can get free access to training to gain the basic skills they need for work or higher study.

Māori and Pasifika : An additional $10m has been allocated to the Māori and Pasifika Trades Training, as demand for the programme is growing.  We are not surprised to see this demand lifting, as recent work we have been doing on the Māori economy has shown a young population, but an underrepresentation at higher skill levels within sectors.  In addition to the funding announced for the trades training scheme, $6m was also allocated today for getting young Pacific Island people in Auckland into work or training.

There were several major policies that we see affecting our clients that are in local government and economic development agencies in the regions.  These policies centred on funding for regional growth programmes, research institutes, tourism infrastructure, and roading.

Regional growth programmes: $44m has been freed up to help regions get to work on opportunities that were identified in regional economic action plans.  This funding is needed as significant investment had been put into the original studies, but little support had been extended to regions to help them implement their plans.  Economic Development Agencies should also take note of an additional $8m that has been allocated to NZTE and Callaghan Innovation’s Regional Business Partners Programme, which helps small businesses innovate and grow.

Regional research institutes: An additional $40m over the next four years will be given to developing regional research institutes.  Currently MBIE is considering business cases from Marlborough, Central Otago, and Southland, but this additional money means there are likely to be future opportunities for regions to put forward their cases.  From looking at the last round of proposals, it was evident that a successful business case should not only outline the economic merits of the research opportunity to be exploited, but also demonstrate strong linkages and buy in from industry.

Tourism infrastructure: There is $25m for further work on NZ Cycle Trail, part of which will help fund the expansion of the trails network in Central Otago.  There is also $12m for smaller scale regional tourism infrastructure on things like toilets and parking facilities.  Although welcomed, this additional investment in tourism infrastructure is not enough for local authorities that have small ratepayer bases but a huge influx of tourists.  Over the past three years, the growth in international visitors has equated to $300m of additional GST revenue for central government, and it is time that some of this bounty is reinvested into ensuring tourism growth is sustainable and visitors are provided with a quality experience.

Regional roading: As mentioned earlier, $115m has been announced for previously signalled roading projects in Gisborne, Marlborough, and Taranaki.  Not only will the initial investment in these projects provide these regions with a source of economic stimulus during the construction phase, but the efficiencies from better logistical connections will have an ongoing economic enabling effect.

Although this year's Budget represented a continuation of spending restraint in most areas, there were some new policy initiatives that will affect our clients across the building, transport, and education sectors, as well as those in the regions.  We look forward to working with clients over the coming months to understand the opportunities and risks posed to their organisation by these initiatives.