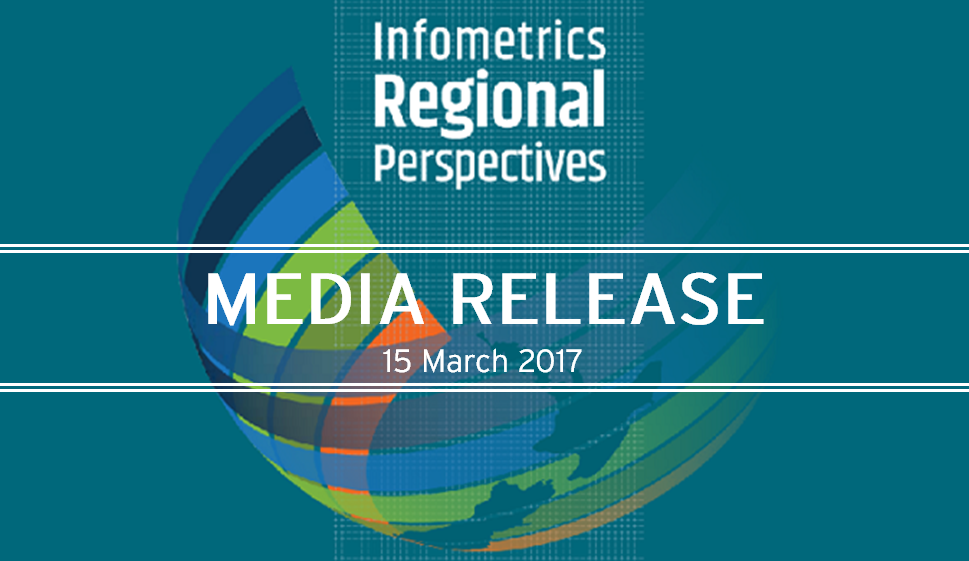 Auckland is New Zealand’s engine and is expected to outperform the national economy over the next four years, according to Infometrics Regional Perspectives report released today.

The Infometrics Regional Perspectives report provides an outlook for economic conditions in New Zealand’s regions and industries over the next four years.

“Many other parts of the country are expected to perform well, with job growth in each of Northland, Waikato, Bay of Plenty, Nelson, Tasman, Marlborough, and Otago expected to exceed 2.0%pa over the next couple of years,” continues Mr Kiernan.

Even so, there are some parts of the country where growth is slowing, most notably Christchurch City.

“With residential building activity in Christchurch having peaked in 2015, and signs that both non-residential and infrastructure construction are also tapering, economic growth in the city has slipped below the national average,” says Mr Kiernan.

Infometrics expects employment growth of only 1.1%pa in Christchurch between 2017 and 2019, which is half the national average of 2.2%pa, and well below the city’s 4.7%pa average growth between March 2012 and March 2015.

But fortunately for those in the infrastructure sector, weaker job prospects in Christchurch will be more than offset by soaring demand for infrastructure workers elsewhere.

“We expect nationwide employment in heavy and civil engineering to increase by 4,450 jobs over the two years to March 2019.”

Infometrics Regional Perspectives forecasts that Auckland will contribute around 1,900 of those new heavy and civil engineering jobs, with other significant contributions coming from Hamilton, Rotorua (subject to the Rotorua Eastern Arterial project going ahead), Manawatu-Wanganui, Porirua, Wellington City, and Queenstown-Lakes.

Another sector to watch is health care and social assistance, particularly given the aging population.

“Growth in health spending in New Zealand could rise more quickly in the near-term given the tightening political race for this year’s election,” says Mr Kiernan.

“A boost to government spending would acknowledge the pressures imposed by rapid population growth and lead to increased capacity in the health system, including a lift in overall employment.”

“Of the 30,900 additional jobs created in the health care and social assistance industry over the next four years, we expect just over half to be in Auckland (9,900 jobs), Wellington City (2,000 jobs), and Christchurch (3,300 jobs),” says Mr Kiernan.

“Provincial centres, such as Whangarei, Wanganui, Palmerston North, and Masterton, with hospitals offering mid-level medical care to a catchment that extends well beyond the town in question, will also benefit from the industry’s growth.”

“The grey wave of aging baby boomers represent not only a political bargaining chip, but caring for these people will be one of the key sources of employment growth in provincial centres over the coming years,” concludes Mr Kiernan.

NON-CLIENTS CAN INQUIRE ABOUT ACCESSING THE REPORT