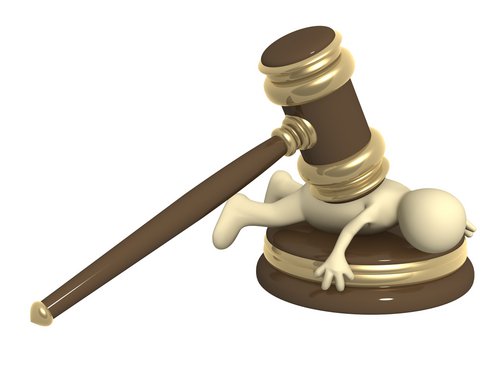 Will government rule changes have a big effect on visa approvals?

The government has been successively tightening the rules for resident visas since October 2016.  The purpose of these rule changes ostensibly is to reduce the number of people moving to New Zealand while not cutting off the supply of workers for our overstretched labour market.  But each set of rule changes will have very different effects for migrants on work and resident visas.  In this article, we outline the rule changes and discuss the implications of these changes for migration numbers and industry stakeholders.

To be implemented August 28.

Applicants for residency under the skilled migrant category

Most of last October’s rule changes were targeted at family resident visa categories.  Since then, there has been a sharp drop in offshore visa approvals across all family visa categories except dependent children.  This drop-off will stabilise by October next year, with future declines under these rule changes unlikely.

Skilled migrants are the biggest subcategory of both onshore and offshore visa applications, but 86% of skilled migrants apply from within New Zealand. Skilled migrants made up half of all resident visa approvals in the year to June 2016 and are the main target of the April 2017 rule changes.

There has been a gradual lift in work-to-resident visa approvals since 2013, but the April rule changes do not tighten restrictions for workers using this pathway to residency.

Which industries are most affected by the changes to work visa rules?

The number of people arriving on work visas has climbed steadily since late 2010.  In the year to June 2017, the number of people arriving on work visas was up 10% from a year earlier.  But the rule changes around temporary migrant visas only affect those in the Essential Skills category (as opposed to those on working holiday visas, who presumably make up most of the people that leave New Zealand within 12 months ).  Essential Skills visa applicants made up 15% of all work visa approvals over the year to June 2017.

Essential Skills work visas currently allow workers to live and work in New Zealand for up to three years, with the option to reapply for the same visa at the end of the period.  The rule changes proposed in April require those earning under $41,538, or earning under $73,299 in an occupation not classed as being ANZSCO level 1-3 (a measure of skills), will face a stand-down period of 12 months before they can reapply for a new work visa.

Breaking Essential Skills work visa approvals down by occupation suggests that the sport and personal services sector is most exposed to the April rule changes, followed by the hospitality and food industry.  Given the high proportion of people on work visas whose occupations are in low-paying industries such as hospitality and personal services, the new income thresholds could affect thousands of applicants if they are hoping to stay in New Zealand on work visas for more than three years.

According to Immigration NZ, between 38% and 46% of Essential Skill visa holders will be classified as “lower-skilled” purely on the basis of their low salaries.  These figures equate to 9,700-11,800 people here on Essential Skill work visas.  In addition, just over 11,000 people do not even have the qualifications to hold their Essential Skills visa for more than three years, except the few that earn above $73,299pa.

We know that only two-thirds of people arriving on work visas stay for more than a year, suggesting that some firms are used to training new staff on an ongoing basis.  However, the three-year time limit poses an ultimatum for business owners regarding migrants on work visas – either train them to a skill level justifying a $41,538pa salary or be prepared to let staff go within three years.  As remuneration can differ regionally and across occupations, this salary restriction may curb some of the foreign labour supply to regions and direct more migrants to the cities where they are better able to obtain higher-paying jobs.  Minimum salary requirements may also raise the overall cost of employing workers in some areas, encouraging employers to adopt increased automation to achieve growth in output and boost worker productivity.

But there is significant backlash from industry stakeholders

Stakeholders have argued that the minimum salary requirement is a blunt instrument that would disproportionately hamper labour-starved regions.  In terms of temporary work visas, the minimum salary requirement is determined by the median New Zealand income.  But average salaries in provincial areas are typically below the nationwide median, while urban areas tend to offer higher-paying jobs.  Where a region sits relative to this 85% of the median income line will affect the flow of migrant labour into these areas.

Although we agree that high skilled remuneration bands better acknowledge high value-adding workers, we think that the salary-based definition for low-skilled work might create unwanted ructions in the New Zealand labour market.  At the same time, it is difficult to offer alternative policy solutions in this case, with area-based salary requirements likely to be an administrative headache.

We recommend that the government reconsiders implementing its lowest remuneration band for work visas, but retain the remuneration bands for skilled migrant residency applications.  Retaining salary restrictions around resident visas is still blunt, but represents a minimum skills requirement for people intending to remain in New Zealand long term.  The idea behind this policy is that the more skills you have, the more you can contribute to New Zealand’s productive output, and that you are less at risk of unemployment.

In contrast, work visas should remain an option for people staying temporarily in New Zealand, with minimum skill or income requirements being less important.  People in New Zealand on work visas will tend to stay only as long as there is work available, regardless of the region.

In most people coming from Australia are Kiwi, we discuss the effects that the migrants we can’t control (New Zealanders and Australians) have on net migration.

In migration levels we should be targeting we discuss how the the government should target net migration as a whole.

All these articles are part of an in-depth report on migration.  Please find the full report here.

1 Remuneration thresholds will be updated annually based on New Zealand income data.