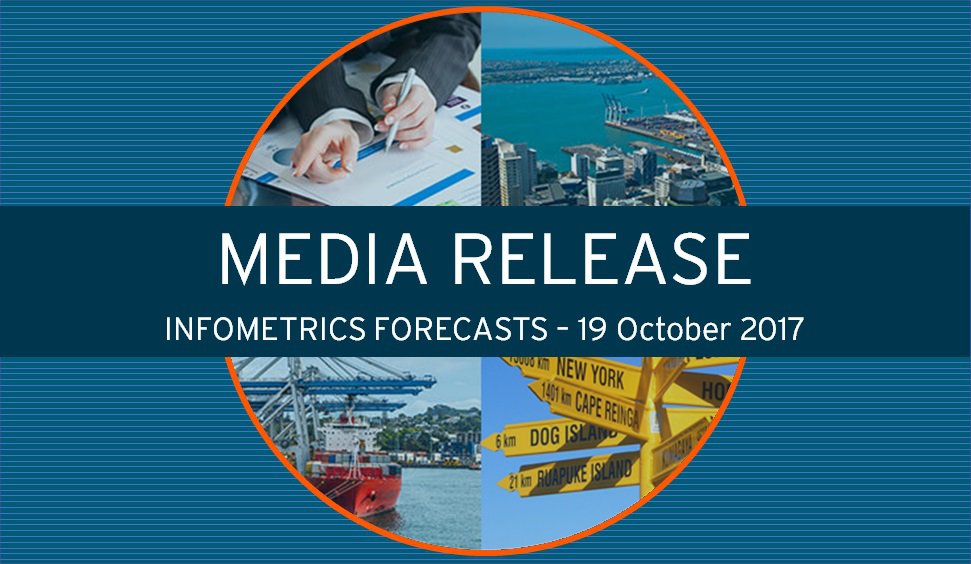 Better growth in 2018 to prelude a more challenging next decade

Infometrics’ latest forecasts show the New Zealand economy still has more gas in the tank for 2018, despite the slowdown of the last 12 months and suggestions from some analysts that all the economy’s key drivers have already peaked.

Infometrics’ Chief Forecaster Gareth Kiernan points to a buoyant export sector, increased government spending, and the perennial need to build more houses in Auckland as the key components of GDP growth averaging 3.4%pa during 2018 and 2019.

“Although the recovery in dairy prices since mid-2016 has been well publicised, the agricultural sector is enjoying stronger prices across the board,” says Mr Kiernan.

“Both dairy and forestry export volumes have already shown signs of recovery, while meat, fruit and vegetable, and wine prices also point towards strong incomes and spending in the provinces in coming quarters.”

Fiscal policy is also likely to be increasingly stimulatory. The most recent GDP data from Statistics NZ showed government consumption spending rising at 4.4%pa, its fastest rate since National came to power at the end of 2008.

This pick-up in spending growth reflects the increased room for new fiscal initiatives given the government’s books are firmly back in surplus territory, and this trend is likely to continue under the new governing coalition.

Infrastructure pressures, affordable housing provision, and more money for low to middle income earners will all boost economic activity during 2018 and 2019.

Perhaps the most contentious area of potential growth is the construction industry.

The current housing market slowdown would normally be a precursor to a drop-off in residential building activity, but Infometrics sees potential for the market to behave differently this time.

“But the Auckland market remains grossly undersupplied. Even with net migration starting to ease, it will take many years for the region’s shortage of 42,000 dwellings to be addressed.

“This shortage implies that further increases in residential building are necessary, even if house prices start easing from recent highs.”

Even so, capacity constraints remain a threat to that growth in construction, with shortages of tradespeople, land supply issues, and civil infrastructure limitations all factors that could prevent further significant increases in residential activity.

Surveys show that both skilled and unskilled labour is becoming increasingly difficult to find, and wage inflation, which has been subdued to date, is likely to pick up over the next year.

The overreliance of the economy on an expanding population is likely to be exposed over the medium term as the stimulus from housing and construction wanes.

At 126% of disposable income, household debt is now well above its previous peak of 118% when the Global Financial Crisis hit.  When taken in tandem with gradual interest rate rises, this debt will act as a handbrake on consumer spending growth.

“However, modest economic growth rates in our key export markets of China and Australia suggest that New Zealand could find it difficult to maintain positive per-capita growth in the early part of next decade.”