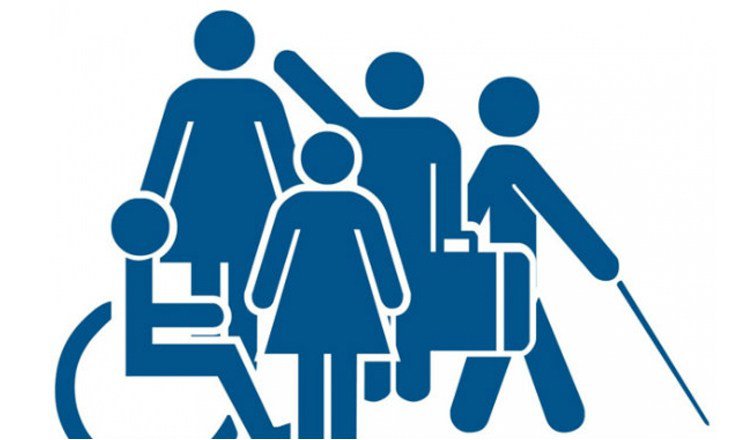 Disabled people aren’t worth less than the old

One of the true tests of a society is measured by how it treats its most vulnerable members, particularly the old, the young, the sick, and the disabled. There is a lot of good with New Zealand and New Zealand policy. However, on assisting those unable to provide for themselves, our provisions for people unable to work due to a health condition is an area where we are increasingly failing.

This article outlines why the SLP needs to rise drastically and concludes that we need to honestly evaluate whether we are giving those who are excluded from the labour market the opportunity to live a meaningful life.

Some back-of-the-envelope calculations show it would cost $633m per year to align SLPs with superannuation rates – a cost dwarfed by the $13b spent on superannuation alone in 2018. With the Welfare Expert Advisory Group report expected to be released soon, addressing this unequal treatment should be high on their priority list.

Some background on supported living payments

The passing of the Social Security Act in 1938 established the modern benefit system we still see broadly today, with a version of superannuation and the supported living payment (SLP) introduced. At the time, both offered the same payment rate. The justification for this was clear from the description in the Act and the corresponding description of the 1898 Old-age Pensions Act – if you cannot work permanently, society will give you the funds to enjoy a minimum standard of living.

Over time the tax treatment and eligibility for superannuation and SLP payments changed.  But the principle that the base payment of both would remain the same was followed until the early 1990s.

The 1991 Budget (the Mother of All Budgets) saw a series of benefit cuts, some by as much at 25%.2 However, as SLP benefits and superannuation were justified based on need, the government refused to cut them.

A new payment for superannuitants living alone was introduced – which was the reason for the 1992 decline in the ratio (see Graph 1). As part of these reforms, additional support to those with specific needs was intended to be provided through targeting supplementary benefit payments.

However, the reality has been that supplementary and special assistance can be hard and costly to access, and social welfare organisations have been designed to make this more difficult given the disproportionate fear of “welfare bludgers” – a concept which is considerably difficult to comprehend for those shown to be unable to work due to health conditions.

Over time, SLPs have significantly declined relative to superannuation payments (see Graph 1). In 1990, SLPs for a single person were 105% of the single-person superannuation rate.

Over the same period, superannuation as a proportion of the average wage has actually increased, from 32% in 1989 to 37% in 2018 – a five percentage point increase.

It should be noted that there are added payments that someone can receive through the benefit system based on need, including the Accommodation Supplement, disability payments for regular health costs, special disability payments, and the community services card.

However, these additions can be accessed by someone on superannuation as well as the SLP – hence why the disparity in base payment rates is uniquely unfair.  Furthermore, these additional payments don’t necessarily get provided to those in need .

Supported living payments must rise to protect those unable to work

This divergence in benefit payments to the old and the disabled implies that the support society should provide to the old is greater than the support for the disabled – a sad reflection when previously society valued both similarly in recognition that they could not work themselves.

That’s not to say that those receiving superannuation should receive less (that’s a totally separate aspect), but instead that those unable to work due to health conditions should be paid at a similar if not the same rate as superannuation.

It’s also important to point out that there are many different views about whether certain minimum incomes (like superannuation or supported living payments) are sufficient or not for individuals. But given we commonly discuss superannuation as a “top-up” to a retiree’s income, and that it would be difficult to get by on superannuation payments alone, it’s highly concerning that New Zealand provides a much lower payment to those unable to work due to health conditions.

Someone who has had an entire working life to save income for their retirement may have been unable to or may have faced difficult circumstances and hence deserve our support. That’s not at question. But someone suffering from a disability that keeps them permanently out of the labour market has, at most, a limited opportunity to access the labour market to try to gain income for their livelihood. This lack of opportunity justifies why someone receiving a supported living payment should be paid at least the same if not more than the superannuation rate – not less.

To be clear, receiving a supported living payment isn’t a case of someone avoiding work.  Work testing for this benefit must occur every two years, even though they also need to show the condition is keeping them permanently out of work. For those who receive SLP, the lower payments are probably not the most important issue they struggle with –when many people receiving this payment want the opportunity to be involved in the labour market, want fair payment for those who support them (especially family members), and are concerned about negative social treatment due to their condition.  But treating these people in the same way we treat others would be a start.

As a society, we value the idea that we give people the same opportunity to live a good life. When someone is dealt a rough hand, as a community we should do more to support them. Our willingness to let payments to those with disabilities decline relative to those on superannuation and relative to the average wage indicates either a lack of empathy, or an inadvertent hypocrisy in terms of the way we have established our support for those unable to work themselves.

It seems only right that we correct the unequal benefit payments, starting by increasing supported living payments to the same level as superannuation, and then keeping payments in line with superannuation and wage rises.

1 The Ministry of Social Development defines the SLP as “the main benefit for people who are blind or have a health condition, injury or disability that severely limits their ability to work on a long-term basis (i.e. unable to work more than 15 hours a week), or who are caring for someone who requires full-time care and attention.”

2 More detail regarding these changes can be found in a paper on the VUW Chair of Public Finance website .