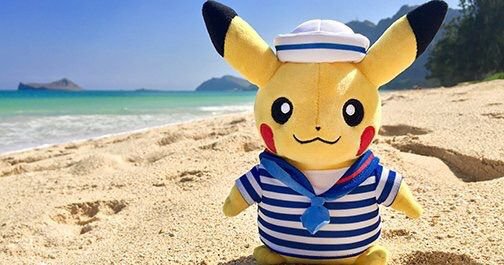 Economic growth, inflation, and interest rates around the globe remain significantly lower than they were prior to the 2008 Global Financial Crisis. The limited success of efforts to stimulate the economy over the last 12 years are reminiscent of the Japanese economy’s stagnation during the 1990s. Are other developed economies, including New Zealand, at risk of suffering the same malaise as Japan over the medium-term?

There’s a little bit of Japan in all of us

It’s January 1990 in Tokyo. The Nikkei stock index has just completed its ninth straight year of real gains, having risen 369% over and above inflation since its close at the end of 1980. The rise in property prices has been sustained for even longer, although the 65% real increase in house prices over the previous 12 years pales in comparison against the share market’s performance. Economic growth since 1975 has averaged 4.5%pa, and unemployment is virtually non-existent, at 2.2%.

Of course, the stagnation of Japan’s previously high-growth economy is now legendary. Since 1990, the country’s economic growth has averaged just 1.0%pa. House prices are still down 38% from the peak they reached in early 1991, and the share market is also languishing at about 60% of its 1989 closing level.

It’s worthwhile recalling some of the contributing factors to Japan’s failure to recover from its economic downturn.

Many of these factors have an air of familiarity about them when we consider the performance of other developed economies since the Global Financial Crisis (GFC). To be fair, nowhere has the response to the GFC been anywhere near as muddled or ineffective as Japan’s economic policies of the 1990s. But it’s still difficult to shake the nagging feeling that Japan’s long, slow demise could be a forerunner of what we’re currently seeing in other parts of the world.

The following set of charts compares the evolution of several variables in Japan between 1989 and 2001 against the same variables in other developed economies over the 12 years since the GFC. We also show where each of the indicators now sits for Japan, 30 years after its bubble burst.

Chart 1 shows the gulf between 90-day bill rates before the crisis and more than a decade later. For Japan, it’s important to note that the central bank continued to raise interest rates throughout 1990, despite the stock market’s crash, because house prices were still climbing and the Bank was concerned about inflation. It was more than five years after the downturn started before short-term interest rates in Japan got below 1%.

This flawed response from the Bank of Japan in the 1990s contrasts with the substantial interest rate cuts and quantitative easing measures implemented by central banks following the GFC of 2008. Nevertheless, 12 years later, interest rates remain at historically low levels, leaving limited leverage for central banks ahead of any future slowdowns in economic growth. In simple terms, monetary policy has not been as successful at stimulating economic growth or inflation since the GFC as might have been hoped, preventing interest rates from returning to “normal” levels. Indeed, from Japan’s perspective, the GFC kneecapped promising signs of some recovery in its economy, and the Bank of Japan had very limited scope to ease monetary conditions to mitigate the downturn.

The onset of deflation in Japan by 1995 meant that any recovery for the economy became that much harder to generate. Households were already firmly in a saving mindset given the loss of wealth from the stock and property market collapses, backed up by concerns that the government wouldn’t be able to provide for their retirement as its debt levels soared. Falling prices simply gave consumers another reason not to spend today, knowing that goods and services were likely to be cheaper tomorrow.

Chart 2 shows that other countries have been successful in avoiding deflation since the GFC. Nevertheless, price pressures have generally held below average, despite the monetary and fiscal stimulus that has taken place. This outcome seems to be largely due to downward pressure on prices caused by production efficiencies in China.

Certainly within New Zealand, businesses have been complaining about the squeeze on profits and inability to put prices up given competitive pressures. However, it is likely that stronger demand growth globally over the last decade would have put more upward pressure on prices than we have seen. In this respect, inflation remains uncomfortably weak, particularly given how low interest rates are.

And growth is a pale imitation

Chart 3 shows the drop-off in Japan’s GDP growth after 1989, but it also demonstrates that American and European economies have suffered a significant slowdown in average growth since the GFC. In comparison, New Zealand and Australia have got off reasonably lightly.

For Japan, the reluctance of households to spend has been exacerbated by its aging population and, over the last decade, the fact that the population has been shrinking. The dampening effects of a contracting population on business activity will be well understood by businesses located in New Zealand’s provincial areas that have struggled to maintain their population base over the last 35 years. Japan is experiencing that phenomenon on a nationwide scale.

Perhaps most critically for Japan, population growth peaked in 1972 and has been slowing ever since (see Chart 5). During the 1980s, this trend was at odds with the country’s housing boom and laid the foundation for the subsequent correction in property prices. At least, in New Zealand, the strength of population growth in recent years provides some justification for the surge in house prices.

Over the next 15-20 years, we note that population growth is expected to continue easing throughout the developed world. Unless there is an acceleration in per-capita growth rates, this trend implies that aggregate GDP growth will also slow over the medium term.

How much government debt is too much?

It’s important to note that, in the wake of the GFC, no government was as negligent in its spending as Japan’s government during the 1990s. American and European governments’ attempts to shore up the banking system or stimulate economic activity weren’t perfect, but they were generally sensible and not unduly driven by hopes of political gain.

Government debt in the US and Europe might not be as big as Japan’s was in 2001, but the levels are still high and cannot be glossed over. Much like monetary policy, there is arguably limited scope for fiscal stimulus in these countries to soften any future economic downturn. Indeed, given the current very high levels of debt around the globe, it is somewhat surprising that interest rates on government bonds are not at above-average levels, rather than at multi-decade lows.

The moral hazard of avoiding recessions at any cost

In our view, long-term interest rates are symptomatic of a broader problem that has developed with regard to monetary and fiscal policy over the last 10-20 years. Particularly since the GFC, central banks and governments have become so scared of recessions that they will do anything in their power to avoid one.

Yet the process of clearing out the dead wood during a recession, and the subsequent reallocation of resources towards more productive activities, is a fundamental part of a healthy, well-functioning, dynamic economy. One of Japan’s biggest problems during the 1990s was the propping up of “zombie” banks by the government. These banks were not forced to call in their non-performing loans from unprofitable companies, who in turn kept hold of labour and capital resources that potentially could have been used more gainfully elsewhere.

Currently in developed economies, cheap credit is being backed up by a belief that any significant slowdown in the economy will be pre-empted by monetary and/or fiscal stimulus. This environment has effectively created a “moral hazard” whereby, at an aggregate level, businesses implicitly expect they will be rescued by the government or central bank from more difficult economic conditions that would require hard decisions to be made. The “too big to fail” mantra, which pervaded the global banking system following the GFC, now almost seems to apply at an economy-wide level.

In New Zealand, the fine-tuning approach of monetary policy means that we now seem scared to allow, or we are unwilling to let, economic growth slip below 2%pa. In the short-term, this approach feels good – it is certainly preferable to the pain caused by business failures, redundancies, and unemployment. But it carries a risk that we build up more and more obstacles to achieving better growth outcomes over the medium-term.

New Zealand’s economic position is nowhere near as bad as Japan’s was 20 years ago. Our government debt is low, and our population is projected to continue increasing for many years. But there are warning signs flashing at present, and the prolonged surge in our housing and share markets raises some cause for concern. In this regard, we are not alone, with many other developed economies facing similar issues. The challenge for New Zealand is to heed the warning signs now, or we might find ourselves slowly slipping into economic irrelevancy, as Japan has done.