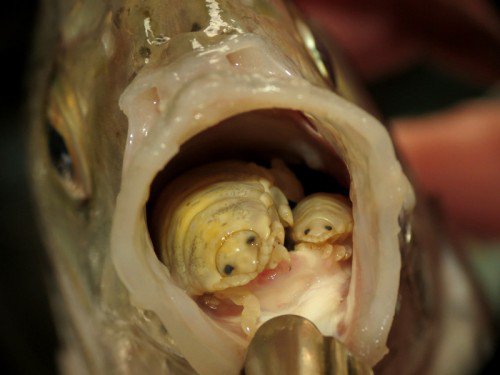 Inflation, slow repayments, and bad debts have led to $5.5bn worth of write-downs to the carrying value of outstanding student loan debt in the Government’s books.  This is an open letter to Finance Minister Bill English, requesting that Mr English tightens student loan repayment criteria in order to minimise the costs of parasitic behaviour by graduates who exploit current repayment regulations.

Could you please take a look at the student loan scheme when you prepare your next budget?  I realise that your 2015 surplus target is looking increasingly out of reach, but I have a suggestion to help you get back there sustainably.  New Zealand’s student loan borrowers are a parasite on the Government’s books, and a quick glance at the state of the Government’s balance sheet shows these parasites are in plague proportions.  Solving this plague will definitely improve your chances of returning to surplus sustainably over the medium-term.

Despite education being an investment in oneself, as evident by the higher average earnings of tertiary graduates, the Government seems content with continuing to subsidise graduates even once they have embarked on a successful professional career.  The lack of any interest charges on student loans for people who remain New Zealand-based means that the Government largely pays for the cost of graduates’ outstanding debt.  Furthermore, these costs are compounded by the fact that the Government only expects minimal debt repayments once a certain income threshold has been exceeded.

The lack of interest leads to a twisted incentive for graduates – where making a voluntary repayment on non-interest bearing student loan balances is irrational compared to the alternative of banking surplus cash flows and earning investment returns.

And this twisted incentive is something I know very well.  Ever since my student days I have been exploiting this loophole, with interest earned being put towards wonderfully selfish indulgences, such as travel and booze.

This behaviour is not exactly a free lunch though and is actually very costly to society due to the fact that the Government is picking up the interest tab on ever dollar I delay returning.  In other words, my rational individualistic behaviour leads to a sup-optimal outcome for society.

Now that you know all this you probably think I am a hypocrite, and the funny thing is, I couldn’t agree more – I am very hypocritical.  But that is where the crux of the problem lies.  And as a practicing economist, theory tells me the only reasonable way to solve this dilemma is to demand government intervention that ties my hands and protects society from people like me.

So here it is.  This is my cry for help.  Please help me Bill.

I am requesting that you devise a cunning plan to force me to repay all that student loan money the Government started giving me a decade ago.  I don’t really need the loan anymore, but I am selfishly keeping it and earning interest on money that I could have given back to you.

My actions, and those of my peers, contributed to the $642m negative impact which the student loan scheme had on the Government’s bottom line during the past fiscal year.  If you can speed up my repayments, maybe you could reduce this expense and get back to surplus like you keep promising.  I know that you inherited the student loan problem from your predecessor, and have already tinkered around the edges, but it’s time to take the bull by the horns and confront the issue head on.

Even though both you and I know that the best strategy would simply be to make loan balances interest bearing once more, that is probably politically unpalatable at this stage.  Just imagine the whining from all those Welllington yo-pros having to pay interest on their student loans, as well as their mortgages and credit cards – that would give me a headache.

So Bill, what I am proposing is some kind of middle ground.  Something that will start clawing back some of the costs, but in a way that doesn’t rock the boat too much.  To achieve this goal, I suggest you tinker with the regulations governing compulsory repayments.

At present, graduates must put 12% of their income in excess of a $19,084pa towards student loan repayments.  From this, I deduce that the Government thinks people must earn at least $19,084pa before they have the financial means to make repayments.  If this is the case, then why don’t you take this logic a step further and say that at higher income levels, people have the means to apply an even larger proportion of their income to student loan repayments.

I know some people will claim that lifting the loan repayment rates is like a tax, but frankly that is rubbish.  Paying off your student loan is paying down debt, so it is net wealth enhancing to the individual.

Even if you could just make my peers and I pay back our loans on average one year quicker, then that could be worth $400m in finance savings to the Government (based on a $14.2bn nominal value of outstanding debt and an effective interest rate from the Treasury of 7.1%pa).

Imagine what you could do with all that money.  With $400m you could build a nice hospital in one of the regions, or fund a lot of programmes for those more vulnerable and less fortunate than me.  That would be a pretty good outcome for reducing the parasitic behaviour of myself and fellow graduates.

I hope that you consider my suggestion.  I am more than happy to meet up one day to discuss the details.  As a fellow Southland lad, I suggest the appropriate setting for this would be kicking up our feet with an ice cold Speights.