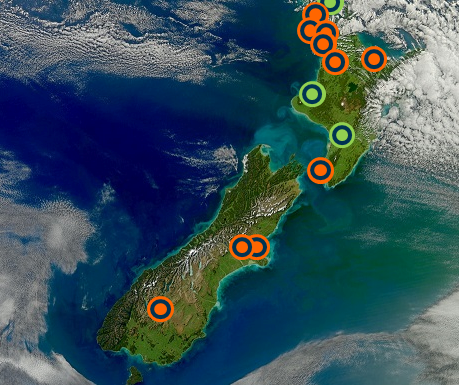 With its population forecast to increase by 254% within the next decade, Hobsonville is the fastest-growing area in Infometrics’ Regional Hotspots report released 24 November 2016.

The rapid development of this area in Auckland highlights the mix of planning decisions, infrastructure upgrades, and provision of retail, community, and transport facilities that combine to make a location stand out from the rest of the pack in terms of its growth prospects

The report also casts the spotlight on three provincial areas that have high population growth prospects.

“The hotspots we have identified will require a substantial response in terms of new housing, physical and social infrastructure, the integration of business areas and employment opportunities, and the provision of new retail and service centres,” said Infometrics Chief Forecaster Gareth Kiernan.

“They offer significant growth opportunities for businesses to tap into over the next decade.”

Four of Infometrics’ hotspots are in Auckland, building on the region’s consistently strong population growth.

Although Hobsonville has the fastest expected rate of population growth, the number of people within the Beachlands-Drury area is predicted to lift by almost 25,000 between 2013 and 2023, meaning that the south Auckland hotspot will have the biggest absolute population increase over the ten-year period.

“Auckland’s expansion is occurring through a mix of greenfield development in areas such as Orewa, Albany, and Drury, as well as more intensive development in Central Auckland,” said Infometrics Chief Forecaster Gareth Kiernan.

Other areas to feature in Infometrics’ Regional Hotspots report are Central Wellington and Central Otago, with Queenstown’s strong performance spilling over into neighbouring towns such as Wanaka, Cromwell, and Arrowtown.